An open letter signed by more than 50 art historians, curators and researchers was submitted today to the Newark Museum of Art protesting its plan to sell works from its collection, most prominently Thomas Cole’s 1846 painting The Arch of Nero, organisers say.

The letter, addressed to Linda Harrison, director and chief executive of the museum, denounces the sales, known as deaccessioning, as a “senseless monetisation” of the art. Among the works being offered by the institution are examples by Albert Bierstadt, Mary Cassatt, Burgoyne Diller, Thomas Eakins, Marsden Hartley, Childe Hassam, Thomas Moran, Georgia O’Keeffe, Frederic Remington and Charles Sheeler.

But the most heated objection centres on the Cole painting, which depicts the Roman arch in a verdant landscape. The work is to be auctioned at Sotheby’s on 19 May and carries an estimate of $500,000 to $700,000.

The letter describes the work as “an urgent and important address of America’s republicanism” that invoked Nero’s despotic rule of the Roman republic and the dangers of corruption. “The painting urges Americans to be on guard against the dilution and potential dissolution of their republican experiment,” it declares, a theme that it says would be embraced by many American artists in the 1840s, 50s and 60s.

“Newark’s great The Arch of Nero was one of the earliest paintings to address these issues,” the letter continues. “It should be a centrepiece of a great museum’s American galleries.”

The letter to the museum cites two other paintings being deaccessioned by the institution, by Thomas Moran and Thomas Eakins, as “similarly important”. It did not give the titles, but Sotheby’s website lists Moran’s Sunset Santa Maria and the Ducal Palace, Venice (1902) and Eakins’s Portrait of Dr. Joseph Leidy, II (1890), as works also offered by the Newark museum for sale on 19 May.

“The Moran and Eakins—which are better pictures than the paintings in your collection by the same artists that you are not planning to monetise—are a part of Newark’s foundational collecting history,” the letter states. “Works such as these should be part of how institutions such as yours investigate and revise our understandings of America’s past and how art and artists contributed to it.” Sotheby’s estimates the Moran at $120,000 to $180,000 and the Eakins at $50,000 to $70,000.

The museum has said it is selling the works to finance care of its collections. Normally the Association of Art Museum Directors (AAMD), which sets policy guidelines for art institutions, limits museums to selling works strictly to finance additional acquisitions of art.

But in April 2020, the AAMD approved a two-year moratorium on that rule, deciding that museums could use the proceeds from deaccessioning for direct collections care. The move was intended to provide relief for institutions struggling with financial shortfalls as pandemic closures caused much of their revenue to evaporate.

The Newark museum released a statement late today quoting Harrison as emphasising that “deaccessioning is a routine and necessary component of the work of any museum, and is especially important for the Newark Museum of Art, which currently has holdings numbering around 130,000.”

“The decision to deaccession the works by Cole, Moran and Eakins were carefully and thoughtfully considered,” she says, adding: “Our 19th-century American holdings, especially our Hudson River School paintings, are a highlight of our historical American art collection. American paintings of the European landscape is an area of particular depth.  The influence of Europe on American culture is an extremely well-told story at the Newark Museum of Art and museums around the country, and we will still be able to share extraordinary examples and tell those stories going forward.”

But the letter argues for the pivotal importance of the 1846 Cole painting in re-examining historical narratives. Of particular concern to US Northeasterners such as Cole was slavery, and the influence of white Southerners within the federal government, it argues. It points out that Southerners were viewed by Northerners as playing a leading role in initiating a war with Mexico as part of an “unambiguous land grab” the year that Cole executed the work. 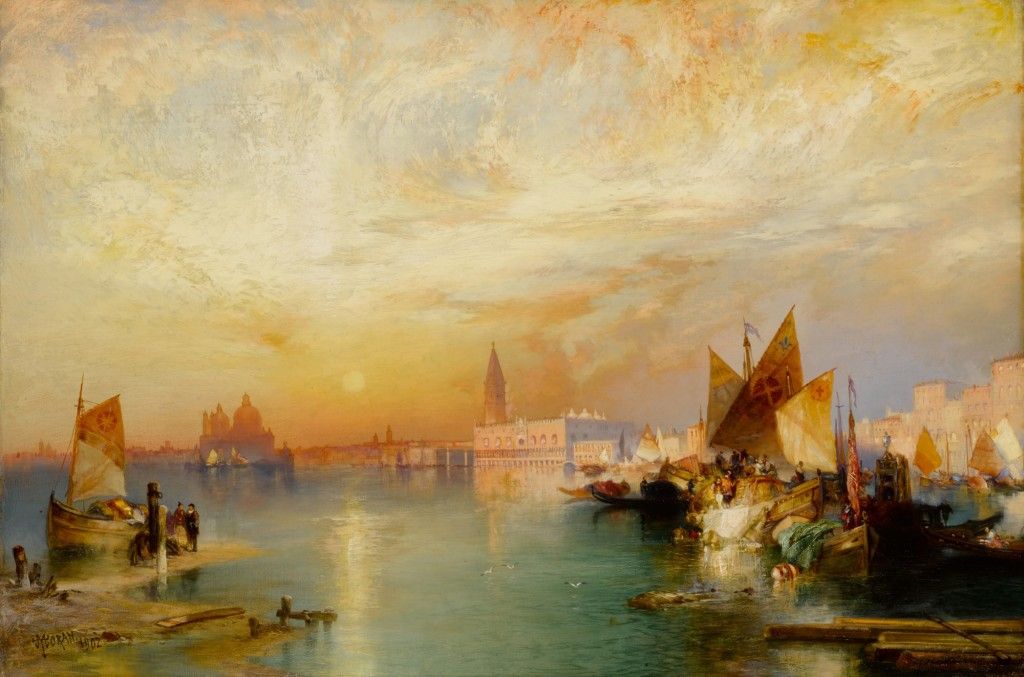 William L. Coleman, a signatory of the letter who oversaw The Arch of Nero as an associate curator of American Art at the Newark museum from 2017 to 2019 and is now the director of collections and exhibitions at the Olana Partnership, a steward of the art and buildings the artist Frederic Church’s estate in Hudson, New York, describes the sale of the Cole painting as “cutting off the nose to spite the face”.

“This is specifically an image of the decadence of empire and the risks to America of this slaveocracy in 1846,” he said in an interview. “This is a painting that very much foreshadows the conflict ahead in that period and the great original sin of America that we’re still battling today.”

Coleman says that Cole probably based the painting on a study he completed of the arch on a visit to Italy in 1842. “It is one of those classic images that both admires the wonders of the ancient past in its ruins and takes those ruins as a sign of a decadence and a moral lesson that should be taken away,” he adds. “The [museum] administration is overlooking all that to make a few quick bucks.”

“I understand how hard Linda Harrison’s job is, especially during a pandemic,” he said of the director of the institution, which has struggled with its finances. At the same time, “I am cognisant of a museum that has always punched above its weight, especially in its education efforts. The specific image seared into me is a group from diverse classroom from the city of Newark wearing their polo shirt uniforms sitting on the floor of the gallery talking about that painting with one of the wonderful professional educators of that museum, many of whom have lost their jobs during this pandemic.

“I’m thinking back only a few years and seeing how members of the staff of that museum have struggled and have worked hard to find ways to help 21st-century residents of a global multicultural city relate to those objects and find lessons and stories that can relate to their own lives,” he adds. “It’s feels like an insult to that hard-working staff to reject that painting, to throw out the baby with the bathwater, to say this is not the sort of object needed by our audience.”

Also signing the letter was Kelli Morgan, a cultural historian who specialises in American art of the 18th and 19th centuries and was formerly a curator at the Indianapolis Museum of Art at Newfields. She argues that The Arch of Nero is critical to putting Hudson River Valley painting–and more broadly, the mid-19th-century perspective of US Northeasterners–into context.

“Abolitionism was at its height, and Cole was kind of predicting this coming disaster, that we’re getting close to the edge of this slavery thing and it’s really going to plunge the country into the biggest mess it’s ever seen,” Morgan says, alluding to the Civil War. In art historical commentary, she adds, this “is often purposefully divorced from American landscape painting. But I think a lot of the Hudson River School painters did this. It wasn’t this escapism that people popularly read into their work.”

“When you sell a gem like that, it erases a very important historical narrative,” Morgan adds. “It could go into the private sector, never to be seen again.”

Since the AAMD loosened its deaccessioning rules, a number of museums, from the Baltimore Museum of Art (BMA) to the Brooklyn Museum to the Everson Museum of Art in Syracuse, New York, have unveiled plans to sell important works amid considerable controversy. Critics have derided the sales as a bald move to treat their collections as disposable assets and a betrayal of art donors’ intentions.

Most memorably, the BMA’s plan to sell three valuable paintings by Clyfford Still, Andy Warhol and Brice Marden was derailed last October when the move brought protests from former trustees, and the AAMD raised serious concerns. The BMA planned to use the hoped-for $65m in proceeds not just for acquisitions and collection care but to boost salary increases across the board, buttress diversity and inclusion efforts and make the museum more accessible to the public by offering evening hours and eliminating admission fees for special exhibitions.

In her statement today defending the Newark museum’s deaccessioning, Harrison says: “For our museum, with its 112-year history, we need to cast a critical eye on outdated and harmful narratives that have hung in our galleries without enough questions being asked. From here, we look toward righting previous misrepresentations and ensuring that as many voices as possible are heard. Our focus is to be a modern art institution that is an agent of change for diversity and inclusion in our community, state and nation.”