Media investigations into a large collection of African artefacts in the possession of a politician in Houston, Texas, are accelerating. The Harris County district attorney is said to be considering the objects’ ownership and storage in a publicly funded warehouse.

Harris County commissioner Rodney Ellis is allegedly storing “hundreds of pieces of African art”, with little explanation of their background and at the cost of the taxpayer, according to reports led by the US TV station KPRC, featuring CCTV footage.

While it soon emerged that a 2018 art loan agreement between the county and a private company, African Art Global, gave permission for works to be stored in the facility, the agreement seemingly detailed 14 works rather than the hundreds that are reportedly “stashed”. The agreement was based on an understanding that a proportion of the works were to be displayed at the local Tom Bass Community Center.

“I am committed to working with all involved to resolve these matters fully and transparently,” Ellis reportedly said in a March statement, which conceded that the loan agreement needed “updating” to reflect the larger scale of the collection. He has not yet publicly commented on reports of an official investigation and did not reply to requests for comment. 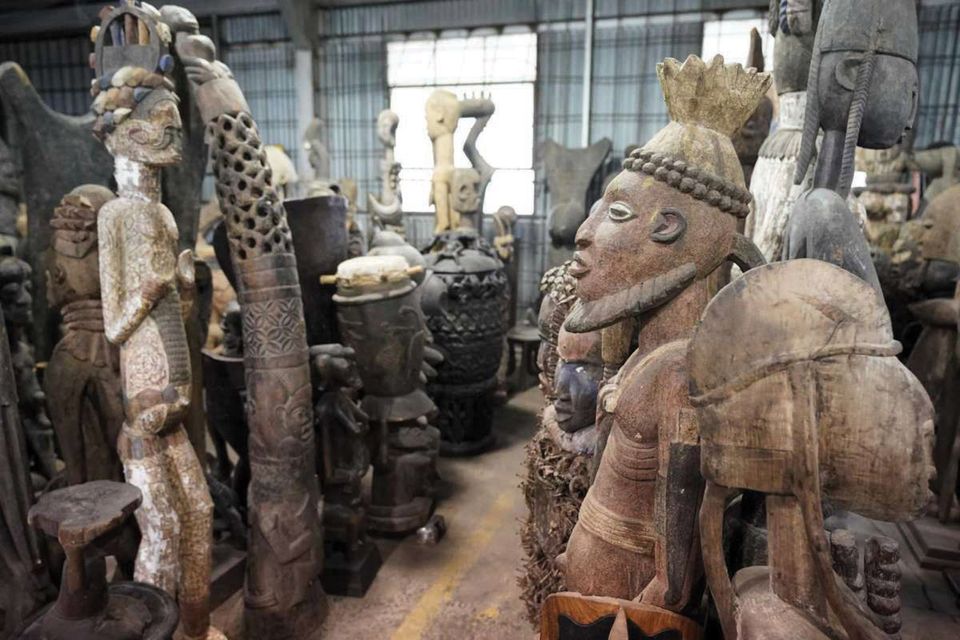 A view of some of the pieces of African art being stored at the Harris County Reed Road Warehouse.
Photo: Melissa Phillip

The value and origin of the works are unknown. Clarence Talley, the director of art at Prairie View A&M University, has publicly claimed that they are “not tourist art” and, in fact could be “priceless”. However, the Brussels-based dealer Didier Claes immediately questioned the works’ authenticity, telling The Art Newspaper “that must be why there is no provenance for them”.

African Art Global is now dissolved and its owner, Sam Njunuri, is currently involved in legal actions linked to other companies he owned. The Houston-based attorney Joe Walker, of Franklin, Mosele & Walker, confirmed that he is representing clients “interested” in the art collection, due to their attempts to seek damages.

While numerous sources confirm an investigation by the district attorney is underway, a spokesperson was unable to “confirm or deny investigations as a matter of policy”.