The Book of Hours of Charles V, Gerard Horenbout (around 1515)
Courtesy Christie’s

The Book of Hours of Charles V, Gerard Horenbout (around 1515), Illuminated Manuscripts and Early Printed Books from the Collection of Elaine and Alexandre Rosenberg, Christie’s, New York, 23 April. Estimate: $800,000-$1.2m

This Book of Hours contains one of the earliest representations of golf, as well as depictions of boys blowing bubbles, David fighting Goliath and an altercation between a merman and sea monster. The lavishly illuminated, vellum-bound manuscript carries a storied provenance, having been first owned by the Holy Roman Emperor Charles V, likely prior to his abdication and departure from the Netherlands to Spain in 1556, and more recently by Alfred Beatty, the US mining magnate, keen manuscript collector and so-called “King of Copper”. It was bought from Beatty by Alexandre Rosenberg, the founding president of the Art Dealers Association of America, and is now sold as one of 17 manuscripts from the collection of Rosenberg and his wife Elaine. It is expected to fetch around $8m. Sale proceeds will be donated to books departments at various museums. 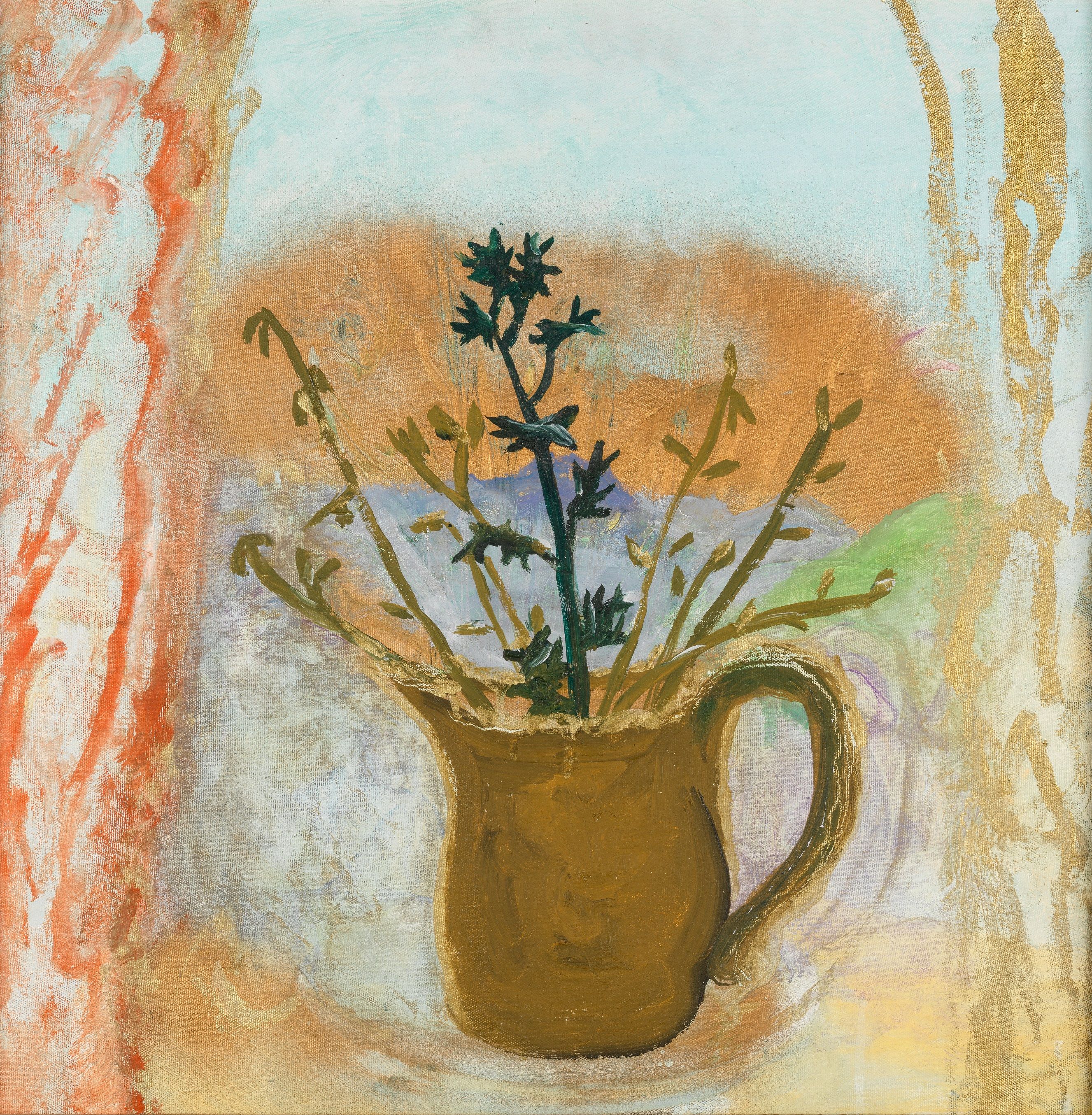 The British painter Winifred Nicholson is known for combining still life with landscapes, often placing jugs and bowls on window sills that act as framing devices to merge domestic and outdoor scenes. Painted three years before she died, this still life was executed at the Cumbrian home she bought after her divorce from the abstract painter Ben Nicholson in 1938. A number of her windowsill paintings have made over £100,000 at auction, although these tend to come from earlier periods in her career. This work is believed to have been bought from a 1980 exhibition at Kettle’s Gallery in Cambridge by an amateur artist and Kettle’s Yard employee, and passed down to her daughter-in-law. It will be sold as part of a series of fundraising sales held by Olympia Auctions, which is donating half of its reduced 10% commission to the Wallace Collection, Westminster Abbey and the Grange Festival. 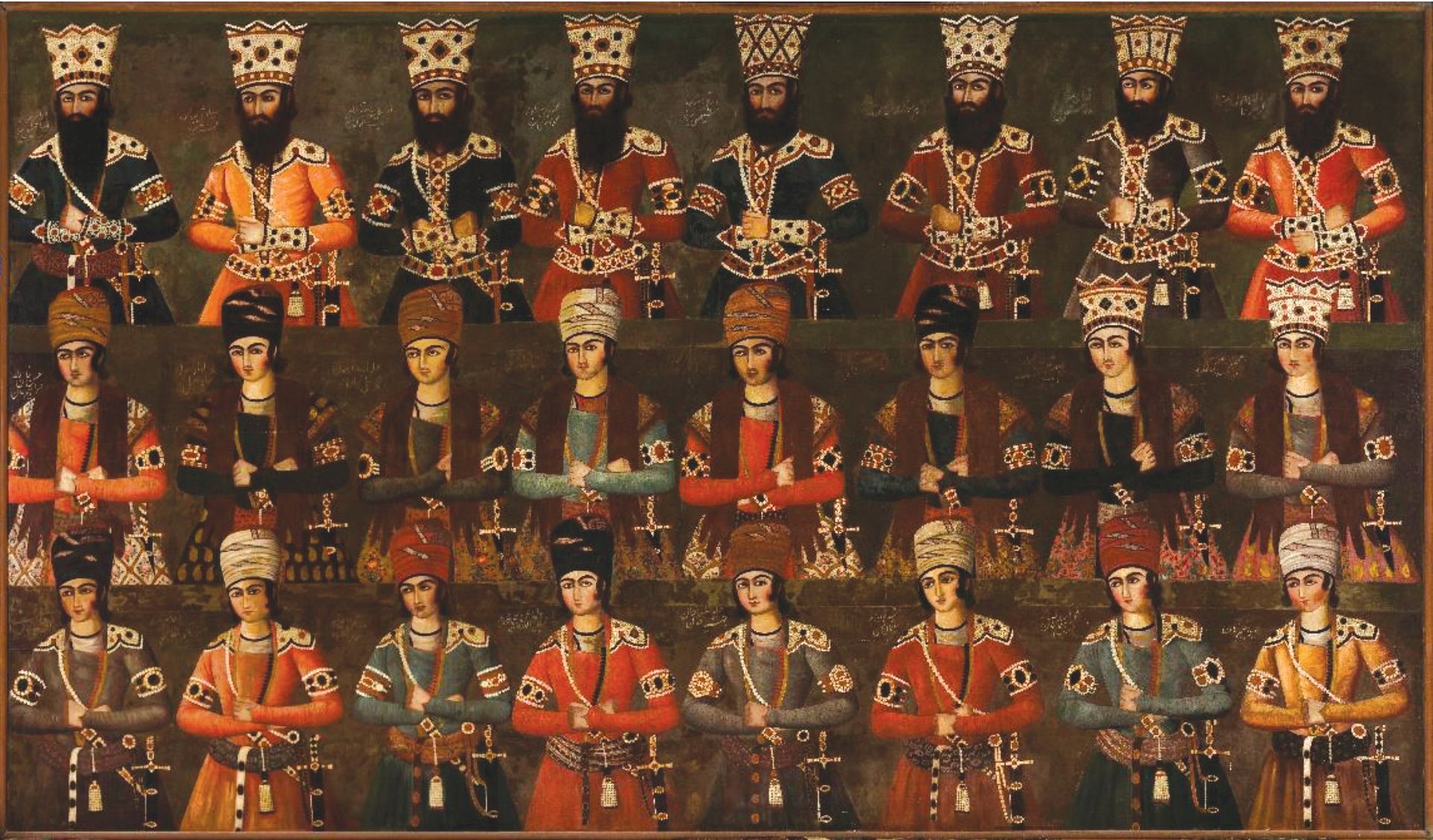 The largest ever group painting from the Qajar period—a dynasty that ruled Iran from 1794 to 1925—to be offered at auction, this imposing work depicts a Persian New Year’s procession of bejewelled courtiers standing in a greeting queue. The work is a section of a larger piece that presumably would have shown its commissioner, the second ruler of the Qajar dynasty Fath ‘Ali Shah, at its centre. Only one other fragment of a similar painting has come under the hammer, at Sotheby’s in 1975; it was sold to the Iranian Royal Family for £200,000 and is now in Tehran’s Niavaran Museum. The Christie’s painting was bought in the early 1920s by the artist and collector Frederic Clay Bartlett; it hangs in the Bonnet House Museum and Gardens in Fort Lauderdale, Florida, which houses much of the collection he amassed with his wife. It is being sold to “secure the future of Bonnet House”, according to Sara Plumbly, the head of Christie’s Islamic and Indian department. 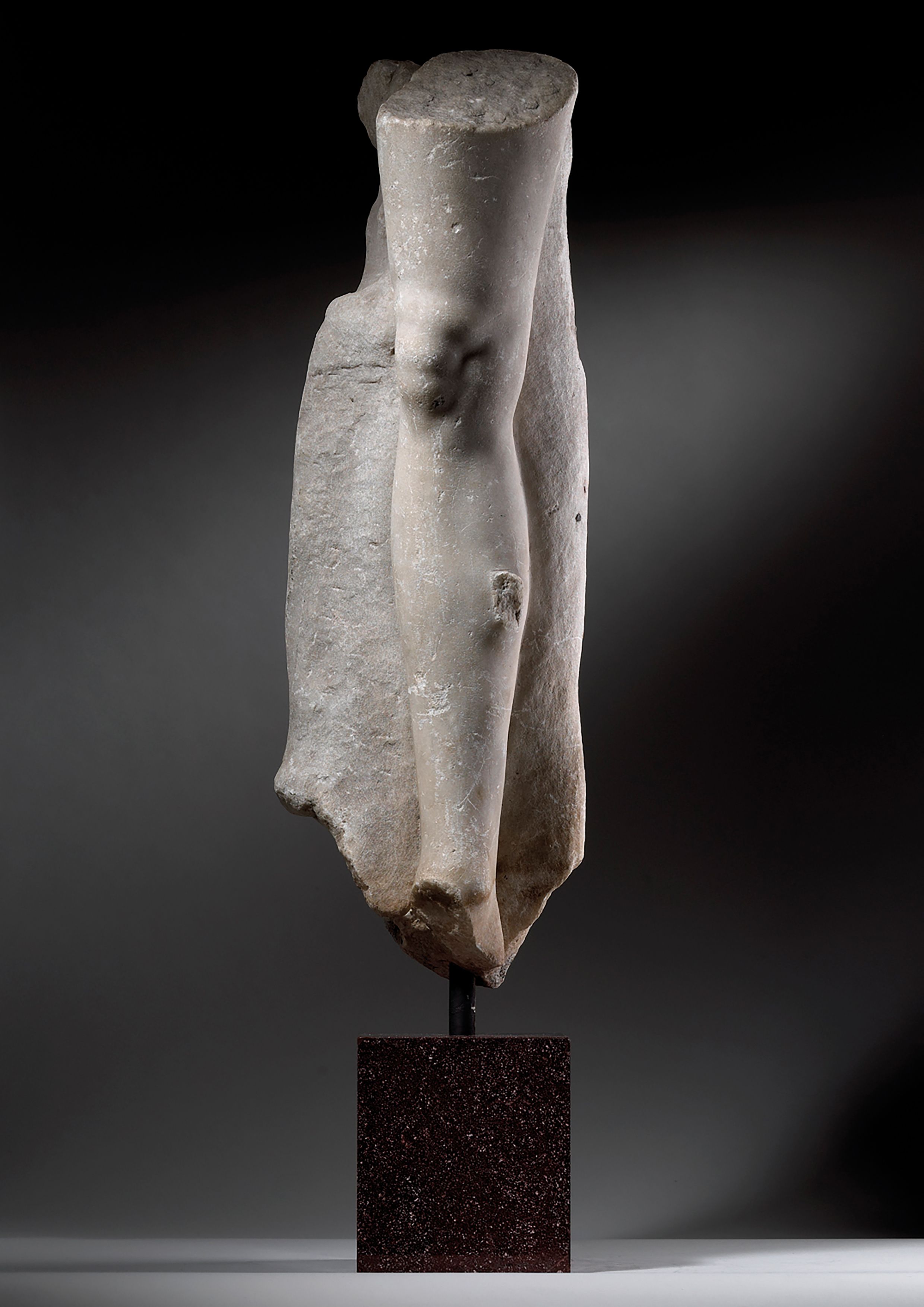 The pandemic has resulted in a thawing of the Cold War between dealers and auction houses, with countless of the former teaming up with the latter to hold their own auctions over the past year. Next up are the London and Leeds-based sculpture specialists Dino and Raffaello Tomasso, who are holding an online sale of 180 lots of Old Master paintings, antiquities, furniture, ceramics and Oceanic art via Sotheby’s. The combined low estimate is £1.8m and among the highlights is this sculptural Roman marble fragment of a leg (around 2nd century AD), which entered the collection of a Mrs Pyck in Bruges around the 1960s. It is not known what statue it is from but the protuberance on the calf shows it would have been connected to the other leg, as a support for a figure in twisting contrapposto.