The Los-Angeles based dealer, investor and self-styled art-world disruptor Stefan Simchowitz, who burst on to the art scene eight years ago describing the art world as a “mafia” and those who run galleries as “idiots”, is opening a gallery in West Hollywood on 6 March. The 1,350 sq. ft space will be used to show work by artists managed by Simchowitz.

“I turned 50 in October during the pandemic and I was driving around aimlessly and having a standard mid-life crisis and thinking ‘Leo Castelli started a gallery when he was 50; I need to do this now,’” Simchowitz tells The Art Newspaper in an interview. “I support so many artists and I’d like to provide exhibition opportunities for them.”

The gallery’s inaugural show, Mountains and Roses, is a display of paintings by the Mexican artist Ken Taylor which explore “our connection to and return to nature”, the artist says. Canvases showing Philip Guston-esque cowboy hats floating over mountain ranges are on view alongside dramatic depictions of giant roses and ceramic sculptures of cowboy hats.

Simchowitz says he has bought “a rose painting, a cowboy hat painting and a ceramic” from the show. Many other works are “already sold”, but some are still available, with prices ranging from $10,000 to $40,000.

“I’m not going to play the bullshit gallery game where dealers claim they can’t sell to you because a work has been reserved for a museum, or whatever. I’m very much a ‘first-come, first-served’ kind of guy. I’m going to sell art to the guy who pays,” Simchowitz says. 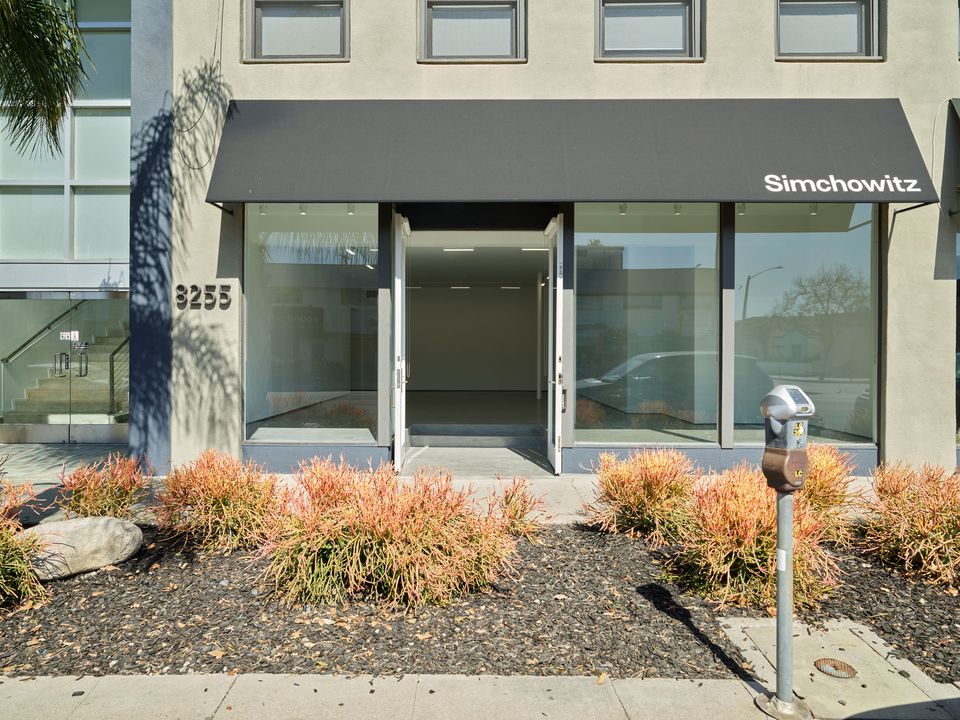 “Patron Satan” of the art world

In addition to Ken Taylor, Simchowitz funds a “core group of between 12 and 15” young artists, including Petra Cortright, who works in video, digital and painting, and Ghana’s Serge Attukwei Clottey, whose art will be seen in the next Desert X biennial in California from 12 March.

Simchowitz provides his artists with spaces to work and live, if necessary, art-making materials and multiple services. In exchange, he can buy their work before it is offered to others—enabling him to build a sizeable contemporary art collection.

He also runs Simco’s club, an advisory service for art-market investors and collectors. Clients include the entrepreneur and Napster co-founder Sean Parker and the actor Orlando Bloom. Around a year ago, Simchowitz added a digital division to the company, which advises artists on making NFTs, among other services.

But Simchowitz’s disdain for prevailing art-world hierarchies and aggressive market tactics have earned him the contempt of many of his peers. A New York Times profile in 2015 dubbed him the “patron Satan” of the art world. 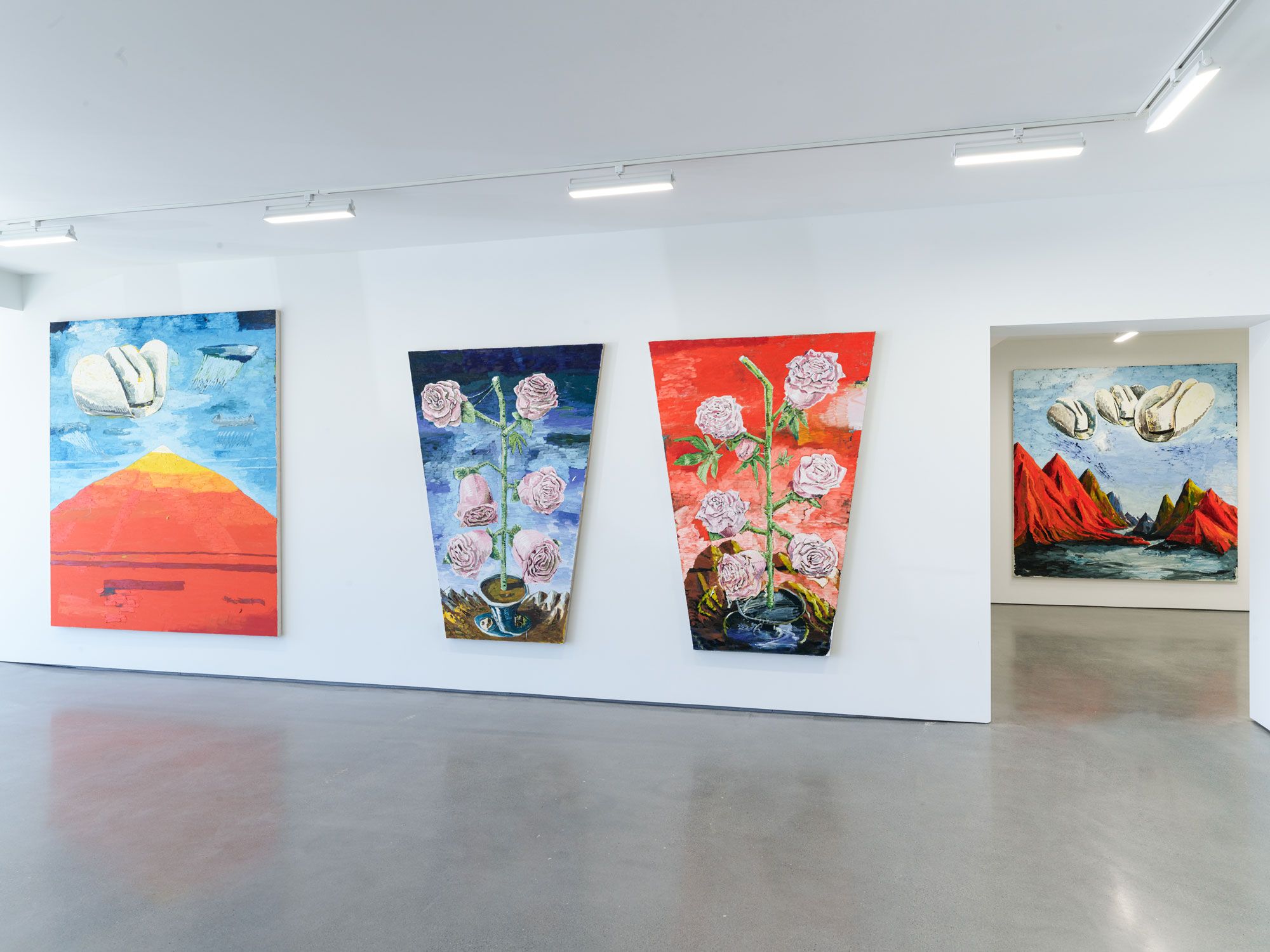 Most recently, Simchowitz has been criticised for consigning a painting by the Ghanaian artist Amoako Boafo, The Lemon Bathing Suit (2019), for auction at Phillips in London in February 2020. He had bought it for $22,500 from the dealer Jeffrey Deitch a few months earlier, according to a detailed investigation by Artnet News. It sold for £675,000 with fees, an astounding price for an artist with no prior auction history, helping to fuel a market frenzy for the painter’s canvases that could lead to a catastrophic price crash if speculators sell off their works en masse.

But Simchowitz refutes the suggestion that his tactics are ruthless. “There is nothing catastrophic about [Boafo’s situation],” he says. “He is about to sign with a major gallery and has a huge future because of it. If you consider selling something at a profit as ruthless then the entire industry is ruthless because that’s exactly what happens every day in every gallery, in every online viewing room at every art fair and at every auction; that’s what happens when you buy a t-shirt at H&M.”

Simchowitz says he is criticised because of “the respectability politics of the art trade” and that he has championed his core group of artists, shepherding many of them through the process of joining galleries.

“I finance the artists and am very much aligned with the progression of their career both financially and creatively and help them make decisions that maximise their benefits. I’m in business with the artist wherever they go. I travel with them,” he says. 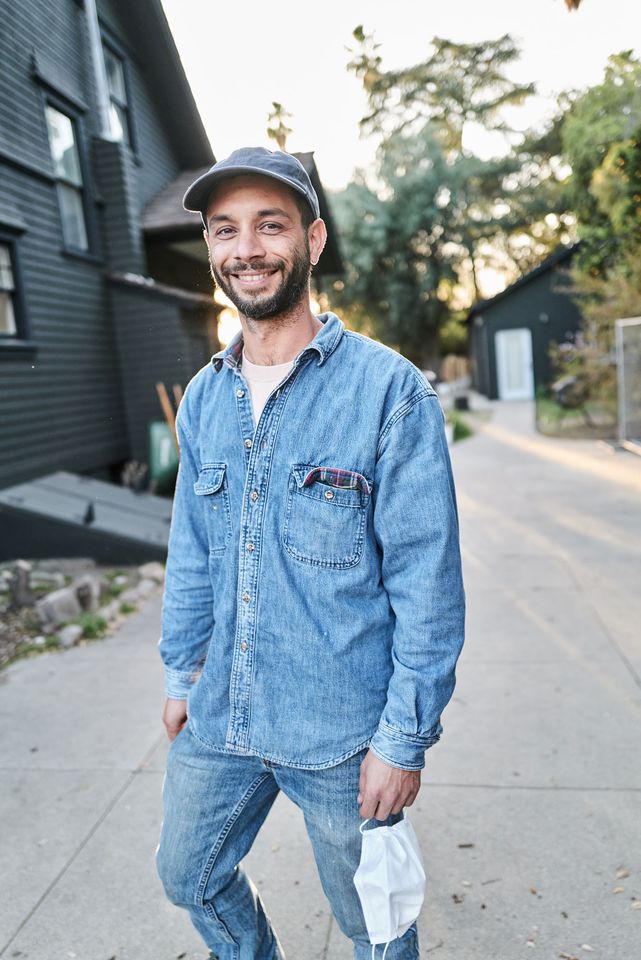 The artist Ken Taylor says Simchowitz’s support, including the space to live and work, has freed him to focus on making art
Photo: Stefan Simchowitz

For Ken Taylor, Simchowitz’s support has freed him to focus on making art. “I have a tremendous amount of support from Stefan, both financially and with production. He encourages me as much as possible; he enables artists to make work and I always wanted to keep my focus on that,” Taylor says. The artist currently lives in a house owned by Simchowitz in Altadena, near Los Angeles, and hopes to stay there until he has saved enough money to buy his own property.

As well as opening the new gallery in West Hollywood, Simchowitz is adding three exhibition and event spaces to the Altadena house and also plans to open a gallery in Cape Town in his native South Africa.