When Vivy Sofinas Yusof, co-founder of Kuala-Lumpur-based modest fashion e-tailer Fashionvalet, decided that she wanted to start an in-house beauty brand four years ago, there was little doubt that it would be halal.

“People expected it of us already, being a company that started as a hijab brand,” she told BoF. Indeed, her home market of Malaysia is a Muslim-majority country and a centre of the global halal economy. The more she looked into halal cosmetics, the more Yusof was drawn to the category.

“It’s actually the highest standard. It’s clean, [often] vegan and more than the product itself, it’s the process, from manufacturing to distribution, from A to Z,” adds Yusof, who started her career as a blogger, set up Fashionvalet a decade ago and has since launched two sub-brands, fashion-centric Lilit and lifestyle-focused Duck, which houses Duck Cosmetics. “I wanted to be halal. I want to give my customers the best, the cleanest, I possibly can.”

Halal means permissible in Arabic and adheres to Islamic law; halal cosmetics are therefore free from haram (meaning, prohibited) ingredients, including those that are animal and alcohol-derived, and manufactured in a clean environment to prevent cross-contamination. A brand’s manufacturers and products are halal-certified through accredited Islamic agencies — Duck Cosmetics, for example, is certified by Malaysia’s Department of Islamic Development, known as JAKIM — but the lack of a unified global standard means certifiers use slightly different parameters.

“We often think that it’s only about the ingredients, but it’s also about the sourcing of the raw materials, manufacturing process and in some cases even the way the final product performs,” says Roshida Khanom, category director for beauty and personal care at Mintel. Take nail polish, which unlike other product categories must be water-permeable to get the halal stamp of approval.

As demands for the beauty industry to become more inclusive and eco-friendly gain global traction — and spending power across markets with significant Muslim populations, like the Middle East and Southeast Asia, continues to rise — a halal beauty wave seems long overdue. Despite numerous obstacles, from drawn-out production cycles to a lack of consumer awareness, a new cohort of entrepreneurs are determined to bring the category into the mainstream.

Keeping Up With the Halal Economy

According to the annual Global Islamic Economy Report, Muslim spending will climb to $2.4 trillion by 2024 and Grand View Research estimates that the halal beauty industry will be worth $52.2 billion in 2025.

“The demographic breakdown of the global Muslim population shows that it’s disproportionately young and many of the Muslim majority countries are becoming increasingly economically influential,” says Khanom.

Besides the Middle East, halal products are of growing importance in Southeast Asian countries like Malaysia and Indonesia, the fastest-growing markets for halal cosmetics, according to the Global Islamic Economy Report. A thriving tech industry is helping new brands gain ground: on Shopee, a Singapore-based e-commerce giant active across Southeast Asia, halal beauty mainstay Wardah quadrupled its growth rate in 2020, according to Novia Sukmawaty, who heads its brand development.

If you go through all the effort and time to get halal-certified, you really wouldn’t keep it a secret.

“Many competitors have become aware that being halal is an important factor for their business growth, said Sukmawaty. “This has also become a consumer demand nowadays.”

In Indonesia, the country with the world’s largest Muslim population, halal is defined by government regulations and all goods sold within the country will require halal labelling by 2026.

This hasn’t gone completely unnoticed by global beauty giants. Following a labelling law introduced in Indonesia in 2016, groups like Unilever and L’Oréal amped up efforts to cater to the market; by then the latter operated an Indonesian halal-certified factory that supplied the region with products from brands including Garnier, Reuters wrote.

To tap into K-beauty’s growing popularity in Southeast Asia, Amorepacific reportedly had plans to open a manufacturing plant in Malaysia in 2020 (the company did not respond to a request for comment). Shiseido had a factory in Vietnam certified, but declined to comment. “We do not certify our ingredients or products as Halal,” an Estée Lauder Companies spokesperson wrote in an email.“ However, we do have many products across our brand portfolio that do not contain any animal or animal-derived ingredients or alcohol.”

Overall brand messaging and transparency on the issue remains lacking. Online platforms like ‘Halal or Haram’ and review site Knoji provide some information on top beauty brands, but customers often have to make inquiries into ingredients such as glycerin, which can be both plant and animal-derived. Blog posts where authors look through ingredient lists and curate halal-certified products are another source of information.

In 2018, Duck Cosmetics became one of the first Malaysian brands to be stocked at local Sephora stores; Yusof was told that the beauty giant was interested in Duck because of its halal credentials. “That’s a big indication that these beauty giants are paying attention, you know?” Sephora did not respond to BoF’s request for comment.

Ultimately, brands that stay mum are likely trying to avoid alienating their existing Muslim customer base. But with expectations about brand transparency on the rise, it could be a matter of time before shoppers demand more. “If the consumer has to find out if something is halal, it’s either [that] the brand isn’t educating their customers enough or the brand isn’t halal,” said Yusof. “Because if you go through all the effort and time to get halal-certified, you really wouldn’t keep it a secret.”

Jolie Nubani and Nour Khalife founded Shade M Beauty last February after noticing a shortage of brands producing high-impact halal make-up at their previous posts at brands like YSL and Giorgio Armani. The Dubai-based business now counts the US, UK and United Arab Emirates as its top markets and is rolling out across the Middle East, but up to half of its customers aren’t driven by its halal credentials.

“I would say 40 to 50 percent of our customers aren’t halal-driven and are driven more by the clean and vegan space,” says Nubani, who thinks that Shade M’s highly pigmented products, especially compared to other vegan options, are its main draw. “The halal factor is a bonus for them in terms of it being alcohol-free. That’s where we’ve seen the biggest traction.”

Though most designated halal products are also vegan by default, some may contain ingredients like beeswax and lanolin, which may be permissible but aren’t vegan. But the broad tenets of clean beauty — from cruelty-free to avoiding harmful chemicals — align with halal beauty, says Amna Abbas, beauty and fashion consultant at Euromonitor International. Where the pandemic has accelerated demand for consciously made products, she predicts that halal beauty brands will benefit.

Though 98 percent of Duck Cosmetics’ shoppers are Muslim, Yusof too found that halal’s overlap with conscious consumption is driving the brand’s growth. “We regularly do surveys and not everyone mentions halal but the majority mention clean, vegan,” she says. “Halal should just be a standard for all beauty brands, really.”

For brands aiming for the halal stamp of approval, certification can be an arduous and often costly process.

Firstly, brands need to ensure their labs and suppliers are audited and certified, which entails multiple site inspections and a substantial amount of paperwork. “There’s been an increase in manufacturers willing to make halal products but to be fair, it’s still a very small percentage of the cosmetics manufacturing world,” said Nubani. “For us to get manufacturers who are willing to work with us at the quality levels we’re looking for and against the certification requirements, that was in and of itself a major feat.”

There’s been an increase in manufacturers willing to make halal products but to be fair, it’s still a very small percentage of the cosmetics manufacturing world.

In addition to her manufacturers, Yusof needs to ensure that all her products (meaning each shade separately) are approved. For JAKIM, this process takes around a year and a half each time. “My team and I have to predict what we have to sell one and a half years in advance, which is very difficult,” she says. “I have to think about what I’m producing for 2023 already, but I don’t know the trends.”

And that’s just for Malaysia: to sell to Indonesia, Yusof had to prepare an entirely new set of certifications for approval by a separate body. It’s the same story for certain countries in the Middle East. For Yusof, who has global ambitions for Fashionvalet and Duck, these various hoops are worth jumping through, but other brands looking to tap into the halal beauty market need to be aware of the time and cost it demands. “People think halal is affordable [to make],” she says. “It’s really not.”

Appealing to the Mainstream

Another obstacle that lies between halal beauty brands and the mainstream market is a lack of customer awareness. “When you mention that you’re a halal beauty brand, people automatically put you in the Muslim pigeon-hole,” Yusof says. “It doesn’t seem to pull [in as many] customers [as it should].”

Instead of marketing her brand entirely around its halal credentials or making it the sole unique selling point, she harnesses timed collection collaborations to appeal to a wider audience. Alongside a new “Beauty Call” set launched to cater to people staying home for Eid al-Fitr (locally referred to as Hari Raya Aidilfitri) at the end of Ramadan, Duck Cosmetics has already partnered with the likes of Disney, Marvel, Barbie and bubble tea chain Tea Life to excite shoppers. 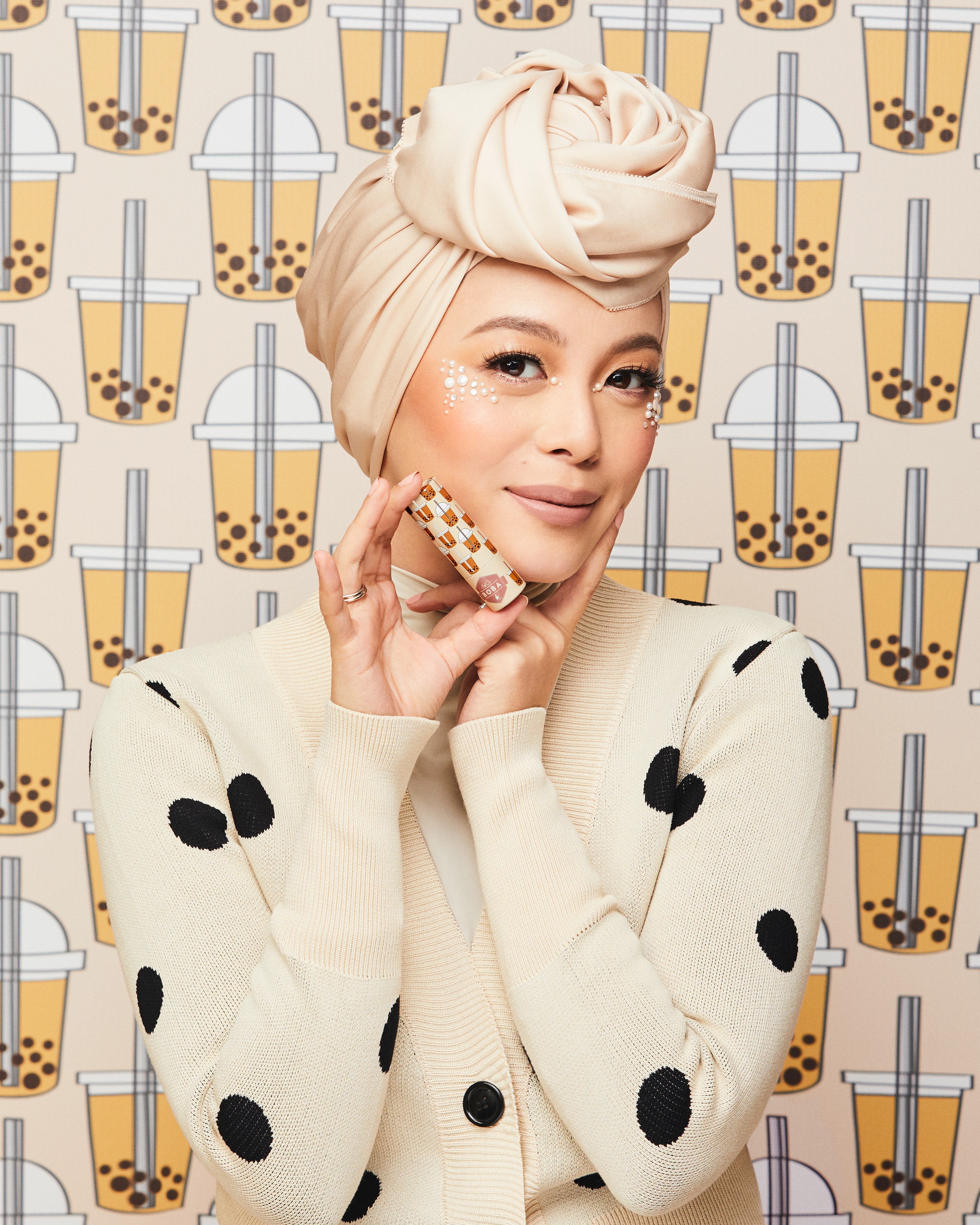 Yusof believes that as more brands understand the appeal of getting halal-certified, halal beauty brands will need to work harder to differentiate themselves from competitors. “I don’t shout out that we’re halal and that’s [the only reason] why you should buy us,” she said.

Shade M’s Khalife sees a growing appetite for halal beauty and believes that it will eventually break into the mainstream. “You have more and more European manufacturers, US manufacturers looking to get certified … we see it in the press, in conferences, in retailers and big beauty conglomerates taking it more seriously.”

But Khalife, Nubani and Yusof all agree that ultimately, beauty’s biggest conglomerates need to make halal beauty — and their growing investments into it — part of the industry discourse. “A lot of independent brands [are] doing it, but we need the bigger voices to shout it out and that’s when people will pay attention and halal beauty will outgrow its niche,” Yusof says.

Meanwhile, a key obstacle for consumers is accessibility across global shopping hubs, which makes it an opportunity for key beauty retailers to gain an edge over competitors. “Halal still hasn’t crossed the chasm all the way. It won’t cross over into the mainstream until [western] mainstream retailers are carrying it [more],” said Nubani. “We can’t be in 2021 and have 1.8 billion consumers underrepresented in beauty.”

Can Halal Cosmetics Outgrow Their Niche?

Why Big Beauty Is Investing in Clean Beauty