This week, LVMH announced the closure of the Fenty fashion label it developed with pop star Rihanna less than two years after its launch, opting to “fail fast” as sales momentum fell short of expectation. Going forward, their partnership will focus on the elements of the “Fenty ecosystem” that are working: Fenty Beauty and Rihanna’s Savage X Fenty lingerie line, in which LVMH-backed private equity firm L Catterton recently led a $115 million investment round.

At the core of the failure was a misalignment between Rihanna’s fan base and Fenty’s high prices. Poorly executed product only deepened the problem. But while Fenty’s woes were rooted in specific missteps, some insiders cited the ghost of Christian Lacroix — the only other brand LVMH has started from scratch, which was loss-making for nearly two decades before it was ultimately sold off and stripped down — as evidence that the group has never been good at building new labels.

The issue is by no means unique to LVMH, however. Archrival Kering failed to grow the Christopher Kane brand, which it sold back to the designer in 2018 after a five-year partnership. Meanwhile, the group’s investment in Altuzarra, sealed the same year as the Kane deal, has yet to deliver results.

To be sure, LVMH and Kering are skillful managers of luxury fashion powerhouses from Louis Vuitton and Dior to Gucci and Saint Laurent. But can they build new fashion brands?

Smaller labels often suffer within big conglomerates like LVMH and Kering for a few reasons. For a start, they are slapped with financial reporting requirements that can stifle initiative, not to mention heavy corporate charges, without really benefiting from many of the synergies that can come from being part of a bigger group as their founders struggle to navigate internal politics and bureaucracy.

But most of all, smaller labels are starved for attention from senior management, who see them as a distraction from the bigger brands that dominate their portfolios.

And yet the success of Fenty Beauty provides a powerful counterpoint to the idea that the big luxury groups struggle to grow start-ups. Launched in 2017, the venture was an instant commercial hit that now generates over half a billion dollars in sales per year. Clearly $30 cosmetics are a better fit for Rihanna’s broad following than $1000 jackets. But there was another critical factor.

Unlike the Fenty fashion label, Fenty Beauty benefited from LVMH’s Kendo division, a beauty incubator that provides a unique structure for sheltering and mentoring young labels.

“Kendo provides an intermediary layer of management populated by leaders that are both close to their start-ups and close to senior executives; both agile and able to navigate the wider group and put synergies to work,” explained Pierre Mallevays, co-head of Stanhope Capital’s merchant banking unit and previously director of acquisitions at LVMH.

Whether a similar approach would work for fashion is a big question.

Start-up beauty labels are inherently easier to manage than young fashion brands. They typically have lower fixed costs than full-fledged maisons and they don’t need to prove themselves again each season. But beauty brands are also better suited to an incubator model because they can more easily plug into shared services and typically come with less ego at their creative helms.

They are also easier to distribute, which brings us to Sephora, LVMH’s powerhouse multi-brand beauty retailer which, acting as a counterpart to Kendo, provides the group’s start-up beauty labels with a potent built-in sales channel.

“Sephora has successfully worked as a mothership for smaller beauty brands to launch and develop,” said Bernstein analyst Luca Solca.

But looming over the debate on whether the big luxury groups can successfully build new brands is a bigger question. Is the very notion of a luxury start-up a contradiction in terms?

More than beauty brands, luxury fashion labels trade on exclusivity. By definition this demands tightly controlled distribution, which inherently limits growth potential in the short term. (Sure, you can ramp up distribution like Michael Kors, but the resulting sales boom will inevitably erode desirability). Real luxury brands cannot be built overnight. They require patience. Indeed, it can take a decade of investment and painstaking brand management just to hit $100 million in sales.

Given this timeline, the question for the big conglomerates becomes not just whether they can successfully build luxury fashion start-ups, but why they would even bother in the first place when, these days, only billion-dollar-plus brands — or at least those with a reasonable shot at getting there in the next few years — will show up meaningfully on their balance sheets.

That doesn’t mean that LVMH’s Bernard Arnault won’t see value in backing a fledgling label to keep a key talent like Jonathan Anderson within his group or Richemont’s Johann Rupert won’t be tempted to indulge a superstar designer like Alber Elbaz with carte blanche for a start-up like AZ Factory. But turning these ventures into meaningful contributions to the bottom line will be tough.

Then again, there are always exceptions. With plenty of patience, attention from the top and no small amount of creative genius, Kering has managed to grow Alexander McQueen, over the last twenty years, from start-up fashion label to luxury brand success story with estimated annual revenues of over €500 million and its sights set on crossing the billion-euro mark.

Boohoo buys remaining apparel brands from failed Arcadia Group. The ultra-fast-fashion company acquired the Dorothy Perkins, Burton and Wallis brands for just over £25 million ($34 million). The deal comes a week after Asos purchased a suite of Arcadia brands, including Topshop, and is the latest sign of an ongoing retail shakeup as online players gobble up assets from struggling competitors during the pandemic.

Under Armour beats quarterly revenue estimates on online boost. The company’s sales fell to $1.40 billion from $1.44 billion in the fourth quarter ended December 31, but topped analysts’ estimates of $1.27 billion.

Mall landlord Simon Property Group revenue declines. The largest mall owner in the US reported its revenue fell 24 percent to $1.1 billion in the fourth quarter, as reduced and delayed rent from retail tenants struggling to cope with the effects of the Covid-19 pandemic dragged on its performance.

Ted Baker’s fourth-quarter revenue fell 47 percent. The struggling British retailer’s sales were hit by store closures in Britain along with weak demand during Christmas. The company said it expects its UK stores to stay closed until the end of May.

One year in, Target’s activewear line is a billion dollar brand. All in Motion launched right before the onset of the Covid-19 pandemic as part of Target’s strategy to differentiate itself from competitors like Walmart and Amazon by doubling down on chic brand positioning. The brand has scaled up dramatically since.

Aditya Birla Fashion and Retail swings to profit in Q3. Although total income fell almost 18 percent compared to a year earlier, the brand reported a consolidated net profit of 58.6 crore rupees ($8 million) for the third quarter ending December as Covid-19 infection rates in India began to decline and customers returned to stores.

Eyewear giant Essilorluxottica offers to sell assets for GrandVision deal approval. The Ray-Ban maker is hoping that divesting stores in three EU countries will help it gain antitrust approval for the acquisition, Reuters reported, citing people familiar with the matter.

New Balance wins $3.9 million settlement in Chinese trademark case. The compensation accorded by the Shanghai Huangpu District Court is reportedly among the largest ever awarded to a foreign brand in a Chinese trademark battle against local copyright infringers.

Elie Saab expands into fine watches with global partnership. The company is partnering with Blackbox Global Luxury Group to launch a line of 28 ladies’ timepieces.

Boohoo tells Leicester suppliers to cut ties with subcontractors. The ultra-fast-fashion brand’s partners have until March 5 to bring all manufacturing in house, according to the BBC. The new requirement follows the recommendations of a September 2020 report on Boohoo’s supply chain practices, launched following a scandal over working conditions in the company’s supply chain over the summer. An interior shot of a L’Oréal store in Hong Kong. Shutterstock.

Shiseido swings to loss in 2020. The Japanese beauty company reported a net loss of 11.7 billion yen ($112 million) in 2020, weighed down by the impact of the coronavirus crisis. It outlined a strategy for a full recovery by 2023, doubling down on skin care and digital and setting a target to achieve sales of around 1 trillion yen ($9.5 billion) that year.

Drybar Added to WellBiz Brands Portfolio. A franchiser has acquired the rights to the license for the Los Angeles-based chain of blowout salons, which came to prominence in the mid-2010s and now has 114 locations nationwide. Drybar Holding, LLC — still a separate entity — will remain responsible for operating 87 locations.

Sephora’s new incubator brands are all BIPOC-owned. The “Accelerate” program comes with mentorship and educational workshops on everything from marketing to supply chains, before the brands begin selling at Sephora’s stores after the program finishes in May. Trish Donnelly joins PVH as PVH Americas CEO. The retail industry veteran joins from Urban Outfitters, Inc., where she led the Urban Outfitters Group. Donnelly will oversee the Calvin Klein, Tommy Hilfiger and Heritage Brands businesses in the Americas market, but also the global Calvin Klein brand, which has suffered from a lack of global leadership in the past.

Rochas appoints Charles de Vilmorin creative director. The young couture designer succeeds Alessandro Dell’Acqua, who exited the Interparfums-owned label at the end of 2019. In addition to his duties at Rochas, he will continue to design his namesake collection. 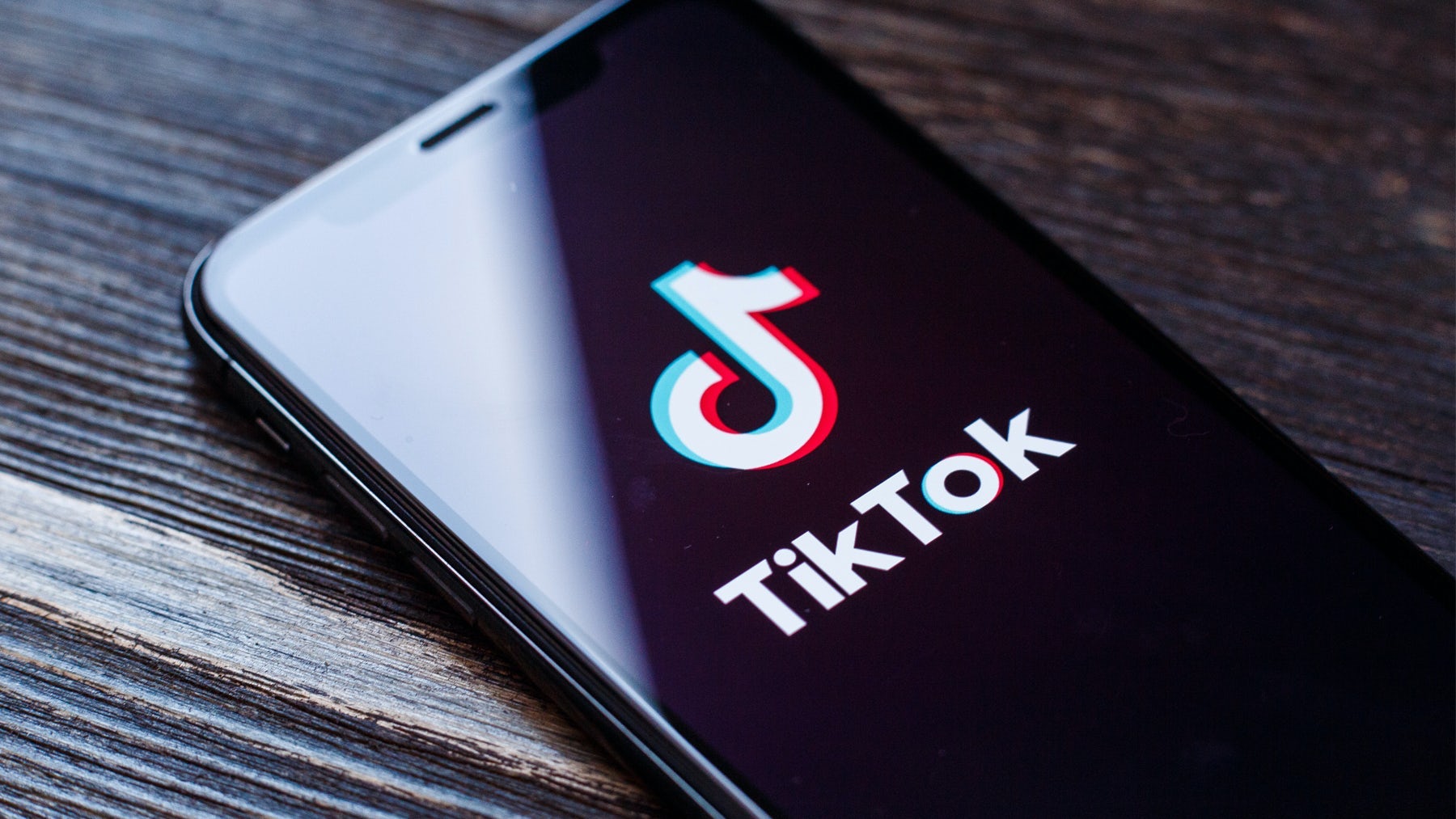 TikTok plans aggressive US e-commerce expansion. The short-video app has reportedly briefed advertisers on a number of new features for 2021, including a tool that lets its most popular users share links to products and automatically earn commission on any sales. Brands will also be able to showcase catalogues of their products and the company will launch “livestreamed” shopping, where users can buy goods with a few taps after seeing them showcased by TikTok stars.

Amazon and Ferragamo sue several firms and individuals over counterfeit products. The companies filed two lawsuits against four individuals and three entities, mainly based in China, according to court documents. They alleged that the defendants advertised and sold fake Ferragamo products on the Amazon store, using its registered trademarks without authorisation.

Indian Court lifts hold on Future’s $3.4 billion retail deal in setback for Amazon. The US e-commerce giant had raised objections to the sale to Indian rival Reliance Industries.

Shopify’s payment option to be added to Facebook, Instagram. The move marks the first time the feature will be available outside Shopify’s platform and will help the company tap into the rise of shopping through social media platforms during the COVID-19 pandemic.