Last June, one month after the police killing of George Floyd, actor Idris Elba and his wife, the model Sabrina Dhowre Elba, took to Instagram Live with Black Lives Matter co-founder Opal Tometi to discuss the “racism pandemic” in America and the policy changes that were needed in order to create long-lasting change.

It was a conversation watched by hundreds of thousands of people around the world, including luxury footwear designer Christian Louboutin, who reached out to his longtime friends: “We have to do something,” said Louboutin.

Still, the designer was circumspect.

“There were so many people who were doing something at the moment,” he said. “But really, instead of that, [I wanted] to work on something [for] when people [believe] they don’t have to think about it anymore.”

On June 16, the trio will release the “Walk a Mile” capsule collection online and in stores. The launch will have all of the Louboutin trimmings: iconic red soles on his classic “So Kate” pump and sandals, a couple of handbags, men’s loafers and a boot, as well as trend-right trainers — all priced between £675 ($956) to £3,275 ($4,640). All sales will go to five charities in the US, the UK and Africa focused on “racism, inequality and freedom.”

The trio was about selecting organisations that seek to prevent injustice, in addition to addressing its aftermath, “because sometimes it’s important to protect people who haven’t been hurt yet,” said Louboutin.

London-born Elba picked the Immediate Theatre in the UK, which helps educate young people through the arts and theatre: “There wasn’t a live theatre in Hackney when I was growing up but now there is and it allows kids an opportunity to gain confidence within the arts,” he said.

Dhowre Elba, who is Somali-American, wanted to support The Somali Hope Foundation/Somali Hope Academy, which offers free education to underserved students and is based in a village where her mother grew up. They also selected Harry Belafonte’s The Gathering for Justice, which aims to train youth in the US on how to be activists and leaders; Sierra Leone’s Be Rose International Foundation, which provides meals to school-aged children as well as aids widows with education and other resources; and Purposeful, a non-profit that mentors and educates young girls in Sierra Leone about how to be activists.

The footwear in the “Walk a Mile” collection uses Louboutin’s best-selling silhouettes, including his top seller, the “So Kate,” with the goal of creating a line he was sure would sell out. Idris Elba — who had been designing shoes in his spare since he was 13 years old — worked with a team to design the “1988SL” shoe, or “the Idris shoe,” which the actor describes as “quite a utilitarian fashion boot” that’s “sturdy and tough and designed for those that love a bit Christian, but also want to be able to use their shoes more than once.” That shoe also sits atop an existing Louboutin sole. 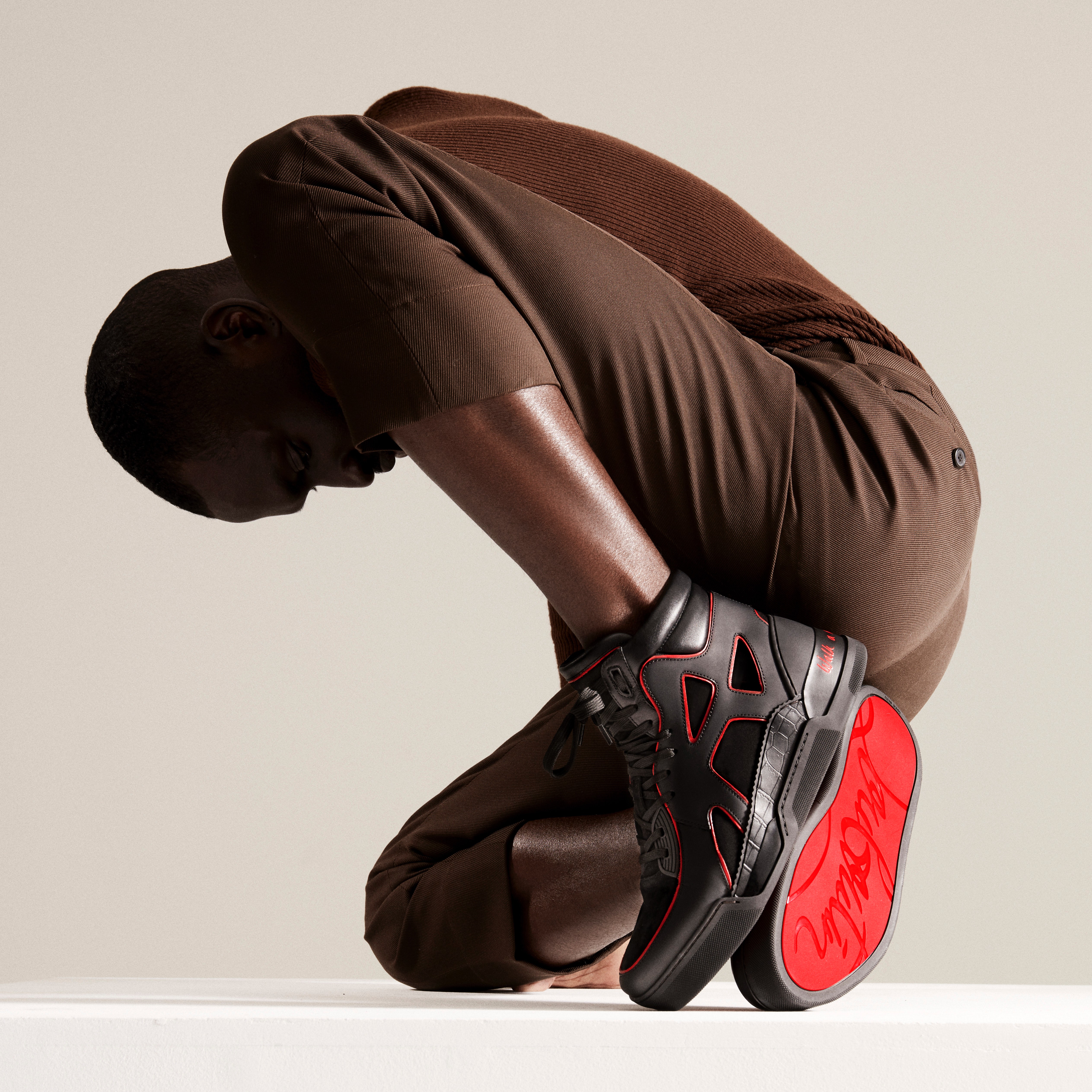 Christian Louboutin worked with “close friends” Idris and Sabrina Dhowre Elba on a capsule collection, The project sees the launch of the ‘Walk a Mile,’ which aims encourage empathy and continue the dialogue on racism, inequality and freedom. Courtesy.

“To us, this is a perennial collection and collaborative offering that will hopefully allow us to continue that work with different organisations in different seasons,” Elba said. “Essentially, the spine [of this] is about empowerment … We want to cover as many bases because it’s an incredible opportunity to pursue successful strategies to [combat racism].”

Items in the collection — which features 19 styles including shoes and bags for women and men plus a bracelet (£165)— are either emblazoned with the phrase “Walk a mile in my shoes” in a script motif or feature a colourful print, dubbed the “freedom” print, which inspired by the Strelitzia reginae plant that originates in South Africa and symbolises freedom and immortality. “[Walk a mile in my shoes] is about unlocking empathy — thinking about the person next to you and thinking about how others might feel who are in a less fortunate position,” said Dhowre Elba. “It’s also about realising that some problems need an international response [and require the] community to come together … This is a conversation that we all recognise needs to keep happening. It’s not something that’s [always] going to be trending. But we’re talking about people’s lives and basic civil rights.”