In a fast-growing but hyper-competitive multi-brand fashion e-commerce market, dominated by giants like Farfetch and Yoox Net-a-Porter, several top tier investors are betting on London-based Lyst. This week the company raised $85 million from the likes of Fidelity International, C4 Ventures and LVMH ahead of plans for a public listing.

The terms of the deal were undisclosed, but Lyst — essentially a digital shopping mall that aggregates millions of fashion products from brands and retailers under one virtual roof — was reportedly valued at $700 million. The company declined to lay out a timeline for an IPO.

Fashion e-commerce is a tough business. Both digital heavyweights and luxury incumbents have struggled to turn a profit, weighed down by high customer acquisition costs, the friction of managing shipping and returns, and a saturated market where competitors are just a click away and e-tailers are often forced to engage in competitive discounting to drive sales.

Lyst lost £11 million in its financial year ending March 31, 2020, according to a public filing, and founder and chief executive Chris Morton said the platform has yet to become profitable. The company surpassed $500 million in gross merchandise value (GMV) in 2020, but takes a “low double digit” commission on these sales and remains small compared to Farfetch, which expects to generate more than $3.7 billion in GMV and cross into profitability in 2021.

So, why are blue-chip investors betting on Lyst?

Investor interest in online luxury players is riding high after a pandemic-driven sales boom. And although stores have reopened, the shift to e-commerce is likely to stick, if not at lockdown highs then at least above pre-pandemic levels. Farfetch’s share price is down from its February peak but still significantly up over a year ago, buoyed by a blockbuster deal with Alibaba.

But if Farfetch is making a play for scale with a wide product assortment and awesome reach, and mid-sized competitors like Mytheresa are winning with a sharp focus on a highly specific customer and a tightly curated assortment, investors are betting that Lyst can deliver the best of both worlds, offering scale and curation.

Presently, Lyst is more like a search engine sitting atop a vast catalogue of over 8 million SKUs from over 17,000 brands and retailers, offering the biggest product assortment in the market.

But a search engine tethered to a big assortment isn’t always better for consumers, who often don’t know what they want and like to browse edited, focused product selections. Morton said his ambition looks less like Google and more like “Spotify for fashion.”

Like Lyst, Spotify began as a search engine with a large catalogue of songs, which was great if you knew exactly what you wanted but not if you wanted to discover new tracks. Now, Spotify, which lists over 70 million songs, offers a robust discovery layer that allows users to not only search, but find new tracks in ways that are relevant and entertaining. With its personalised, playlist-like product curations, this is precisely what Lyst aims to do for fashion.

Last year, Lyst began working with Mateo Rando, Spotify’s product director for mobile apps, who recently joined as chief product officer and, according to board member Ian Rogers, has made a “material difference” to the business. Thus far, Lyst’s discovery journey mostly exists on its mobile app, which relaunched in 2019 and saw 1100 percent user growth last year.

“There is an entertainment element in finding lists that are customised to your criteria and requirements, which makes traffic sticky and customer reacquisition costs low,” said Solca.

But there is work to be done to fully realise the company’s Spotify for fashion vision.

Lyst offers advantages for brands, too. Unlike other players, Lyst doesn’t complete transactions itself, but redirects traffic to the e-commerce sites of its brand partners, which have long focused on building their own digital sales channels. Lyst also takes a much smaller cut of the sale.

With a traditional wholesale partner like Net-a-Porter or MatchesFashion, brands lose up to 60 percent of the value of each sale, as well as giving up valuable customer relationships and data. With Farfetch, brands give up 20 to 30 percent in commission and the customer. But with Lyst, brands sacrifice only 12 to 15 percent in commission and get to own the customer relationship. What’s more, with Lyst, brands also have greater control of their brand equity.

“What worked offline doesn’t necessarily work online,” said Morton. “The starting point for fashion e-commerce was simply virtualising the wholesale model. Then Farfetch came along with a marketplace model, offering brands a lower rate than wholesale. But brands want to own their customers, manage their brand equity and maximise their margins.”

If Lyst has made progress on its product and audience growth, brand marketing remains a weakness. “We have a bigger business and audience than brand,” said Morton. With fresh funding, the company has committed to tripling its brand marketing budget to create deeper connections with consumers and better explain its value proposition — not least to prime the markets ahead of a planned IPO from which investors will be seeking a significant return.

“The brand marketing is ok, but it’s a thin layer,” admitted Rogers.

Burberry quarterly sales fall short of 2019. Burberry Group Plc’s sales remained below 2019 levels despite a quarterly jump, showing the British brand is trailing some of its luxury peers in recovering from the pandemic. Comparable store sales in the three months through March soared 32 percent, the company said in a statement Thursday.

L Brands to spin off Victoria’s Secret. On Tuesday, L Brands, the lingerie giant’s parent company, announced it would be spinning off the retailer roughly a year after a planned sale to Sycamore Partners fell through. That deal valued Victoria’s Secret at just $1.1 billion, while analysts now estimate an independent Victoria’s Secret will be worth $5 billion.

Report: Authentic Brands Group makes $1 billion bid for Reebok. If a deal materialises, the licensing company would add Reebok to a roster of brands such as Juicy Couture, Nine West and Frye. The New York Post first reported the news, citing unnamed sources.

Tod’s sales bounce back in first quarter driven by strong performance in China. Stellar growth in China helped sales at the fashion group bounce back to grow by 19 percent at constant exchange rates to €179 million ($216 million) in the first quarter, above market expectations but still below pre-pandemic levels, Tod’s said.

Strong Asia drives Ferragamo sales rebound in first quarter. Ferragamo, which has been hit harder than most rivals by the pandemic, said on Tuesday sales had accelerated further in the second quarter — particularly in China, South Korea and the United States.

Gucci to show next collection in Los Angeles. The Italian megabrand will host a physical event in the West Coast city November 3, shortly before the Gucci-sponsored 10th LACMA Art+Film Gala taking place November 6. 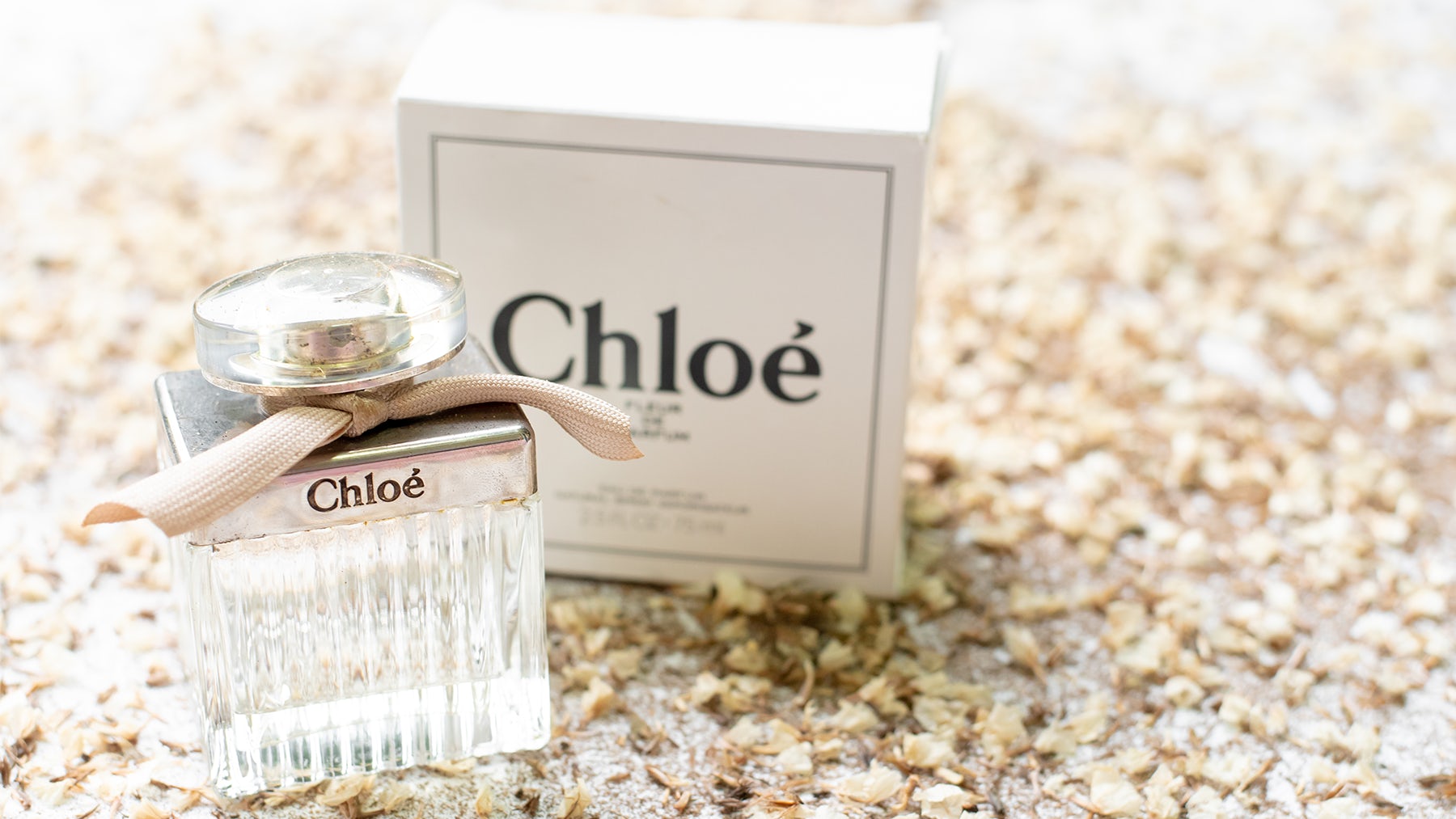 Shiseido reports $14 million net loss for Q1. With the exception of its home market, where sales and operating profit dropped 12.1 percent and 37 percent respectively compared to 2020′s first quarter, the group saw increased sales across its global markets and China in particular, where sales surged 41.1 percent year-on-year.

Jessica Alba’s Honest Co. loses post-IPO gain in stock slide. In the week after its IPO, the clean beauty and personal care brand saw its shares tumble. A decline of as much as 13 percent sent the shares as low as $16.52, approaching the initial public offering price of $16 on May 4. After soaring 44 percent on its first day of trading, the stock declined more than 7 percent in the next two sessions. 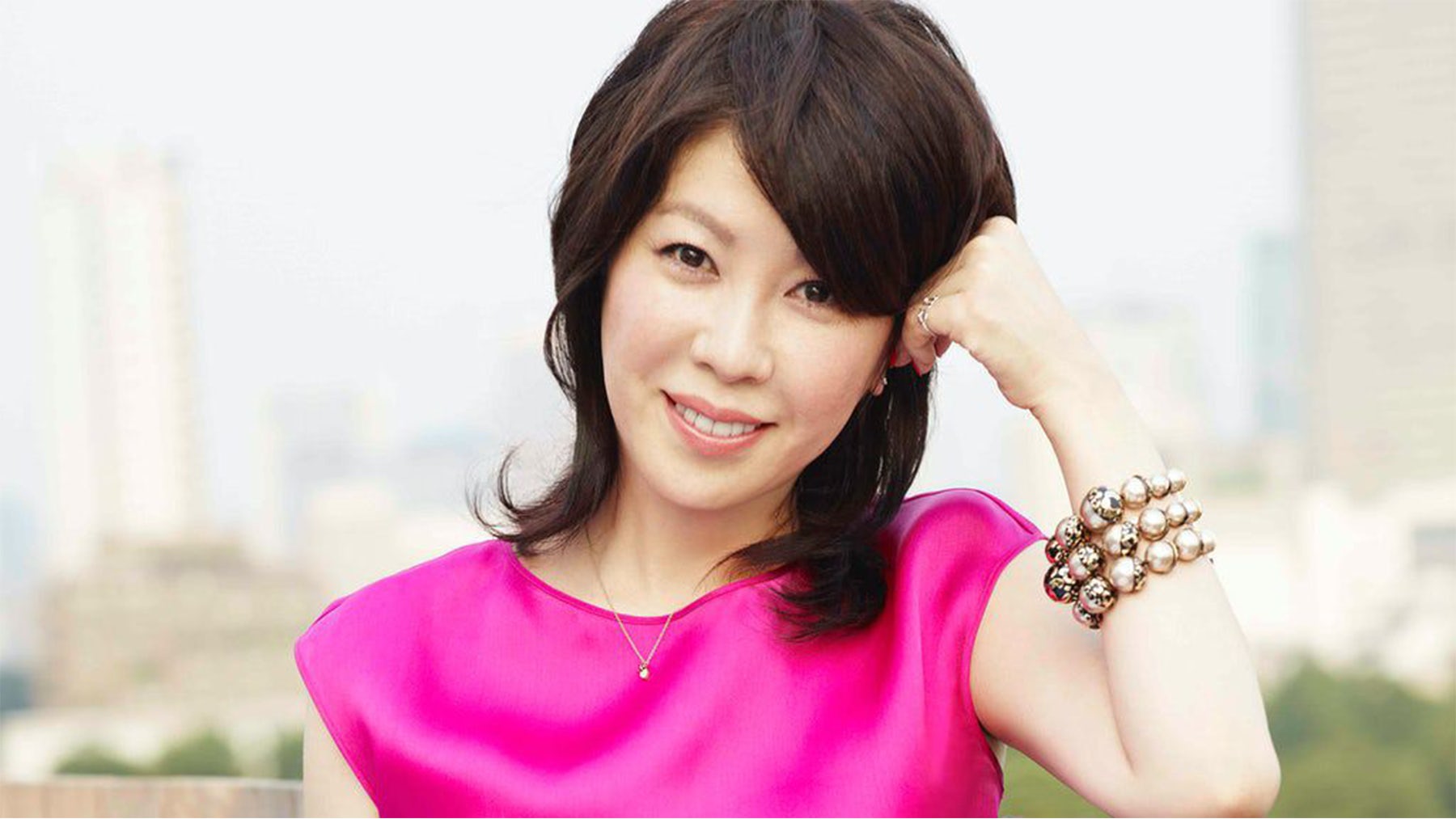 Vogue Japan editor-in-chief Mitsuko Watanabe to step down. Condé Nast has confirmed that Watanabe, who has served as editor-in-chief since 2008, will exit at the end of the year. Watanabe is the latest Vogue editor to exit Condé Nast amid drastic changes to its editorial structure as it streamlines its operations and consolidates power in the hands of its New York-based leadership.

Condé Nast names Versha Sharma editor-in-chief of Teen Vogue. Sharma joins the magazine from NowThis, where she has worked since 2014 in roles including managing editor and senior correspondent. Sharma will assume her position May 24. 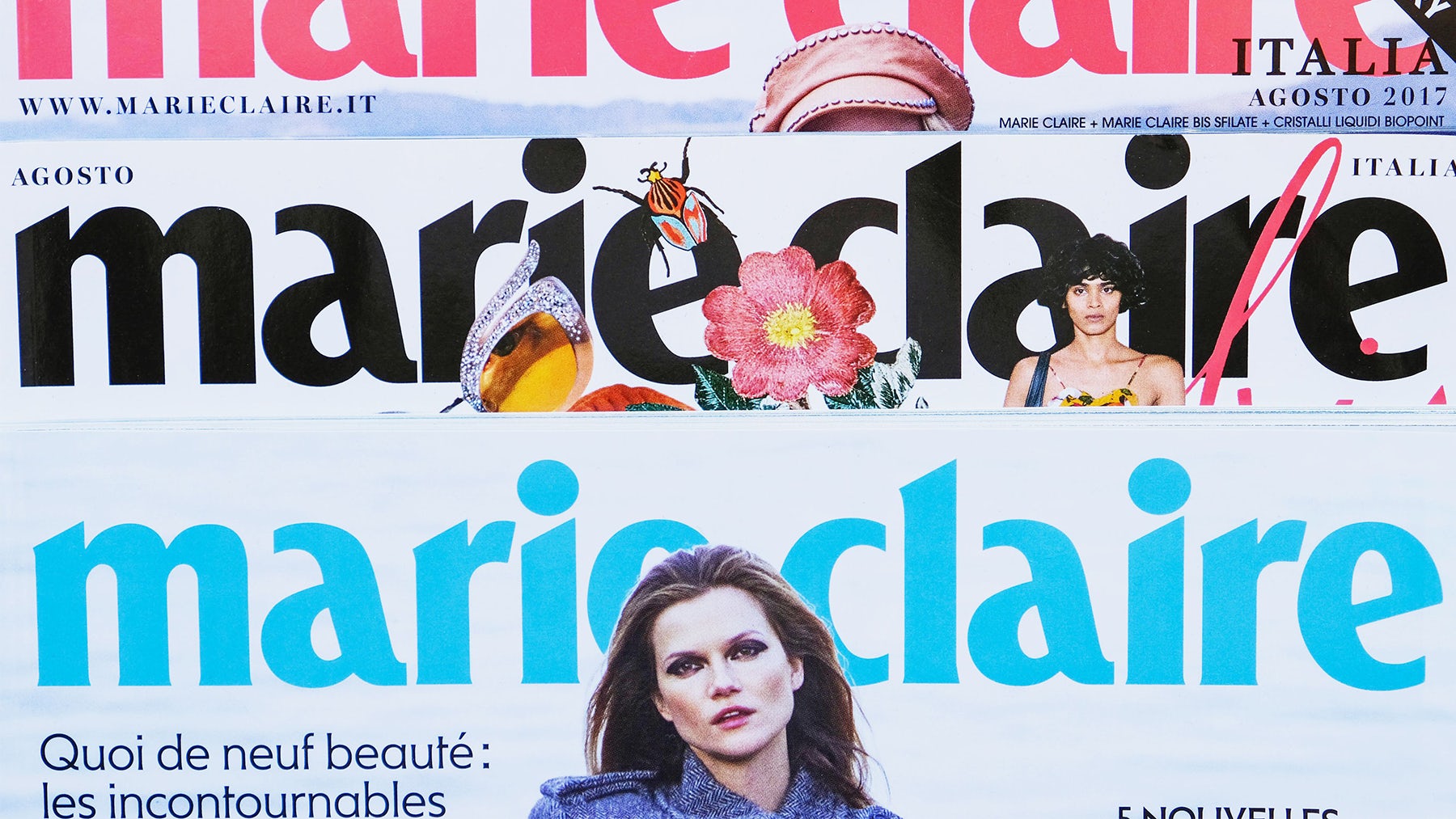 Hearst has been a joint owner of Marie Claire US for 27 years. Shutterstock.

Rimowa to launch NFT collection. The LVMH-owned luggage brand will auction four digital artworks on May 18 amid surging interest in the market for Non-Fungible Tokens, or NFTs. The one-of-a-kind digital assets have emerged as a hot commodity, with consumers willing to pay millions to acquire the blockchain-secured virtual items.

Alibaba revenue tops expectation on pandemic-driven online boom. China’s top e-commerce platform Alibaba Group Holding Ltd reported a forecast-beating 64 percent surge in quarterly revenue on Thursday, as more people shopped online due to the coronavirus pandemic. But the strong performance was overshadowed by intense regulatory crackdown that resulted in the suspension of a $37 billion IPO of its affiliate Ant Group and a $2.8 billion fine for anti-competitive business practices.

SoftBank leads $1 billion investment in e-commerce company THG. The deal gives SoftBank a stake of just under 10 percent in the Manchester-based company formerly known as The Hut Group, and an option to invest a further $1.6 billion into THG’s technology arm THG Ingenuity.