Arturo Galansino, the director general of Florence’s Fondazione Palazzo Strozzi, had hoped to be in the UK this week to curate a selling exhibition at Cromwell Place for London Art Week (LAW), which runs in hybrid form from 2 to 16 July. But it was not to be.

“For a while I hoped we would be able to do something physical and I’d be able to come to London but last week they introduced quarantine in Italy for people returning from the UK, so it was impossible for me to do double quarantine,” Galansino tells The Art Newspaper from Florence. So the show, titled Revolution and Renewal, has moved online as a special feature of this year’s LAW, containing one work from each of LAW’s 40-plus participants, from antiquity to contemporary.

“I think the online exhibition can become a guide, a path to follow as you walk around the galleries in London and discover things,” Galansino says. “This is a starting to point to go around, explore, say hello to people and re-anchor in the art world. An invitation to explore the art with your own eyes.” That said, he is disappointed not to “have the dialogue between the works of different periods, in terms of their material, shape and dimensions” that a real-life exhibition would have afforded. 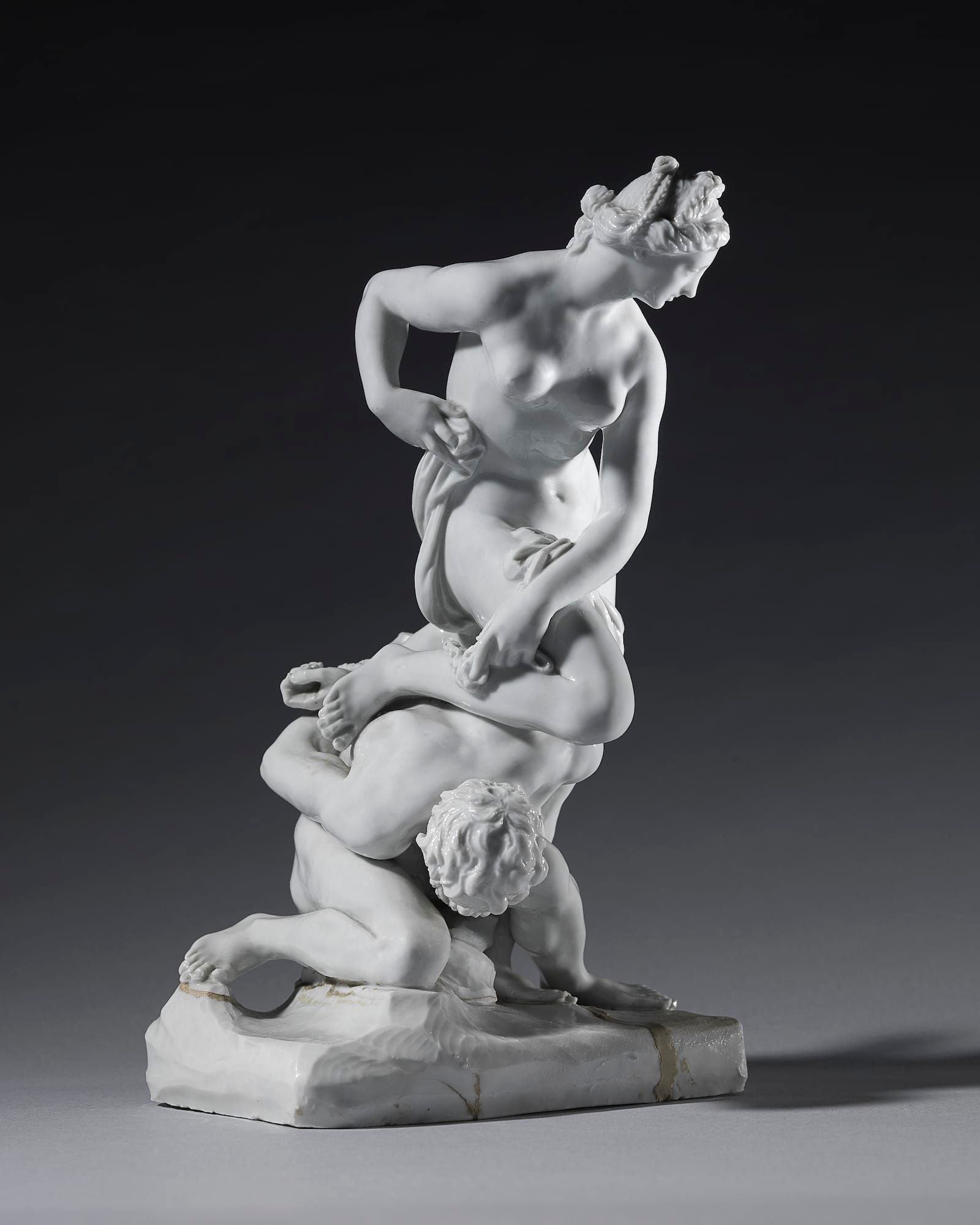 Of the Revolution and Renewal title, Galansino says: “It seemed a logical title for an exhibition today, at a time when a new type of life is starting. I hope it’s not banal, but I think there is a desire to do things better than before, a revolution of sorts. So I hope it’s an optimistic title, looking towards the future.” Andreas Pampoulides, a directors at Lullo Pampoulides and LAW board member, says: “My idea behind the theme of revolution was to use it as a metaphor for the powerful—and necessary—changes we are seeing in modern culture. Recently, #MeToo, BLM, LGBTQ+ and other movements have shone a light on inequality, and stressed that established tropes cannot—and will not —be acceptable as the only norms.” He adds: “We must not forget that, although many of the images on show may not speak directly about these matters to today’s audiences, these artworks were at one time ‘contemporary’ and would have been powerful allegorical vehicles documenting—or even inspiring—the need for change in the society in which they were created.”

The exhibition is organised around four subjects within the overarching theme: revolution in art, spiritual renewal, moments in history and faces of revolution. He points to another “strikingly modern, psychological, stylistically revolutionary portrait [Portrait of a Young Man, around 1560] by Tintoretto from Benappi Fine Art” that encapsulates the idea of revolution in art. Then there’s “a beautiful porcelain group by Gaspero Bruschi, after Giambologna, titled Virtue Triumphant Over Vice, from Raccanello Leprince” that fits with spiritual renewal. Then, for moments in history, there’s the glowering portrait of Thomas Wentworth, 1st Earl of Strafford (around 1639-40) by Anthony Van Dyck which is coming up for sale at Christie’s Old Masters evening auction on 8 July, estimated at £3m to £5m. Finally, Galansino picks out Augustus John’s portrait of the poet, actress and artist’s model Iris Beerbohm Tree (1920), from Phillip Mould. “She was a revolutionary: an incredibly, unconventional literary figure of the 20th century,” Galansino says. The gallery’s description of the work states that Tree claimed that, by the time she went to the Slade School of Art in 1913, she had already “had twenty-eight lovers ‘some more/some less’ and that, as well as having loved men, she had loved women.” LAW’s core group of galleries specialise in Old Master paintings, drawings and works of art and the cancellation of Tefaf Maastricht and Masterpiece London (which should have run last week) have left them with few selling opportunities. LAW hopes to shine a spotlight on this sometimes overlooked sector of the art market. Galansino says: “Many of the dealers involved in London Art Week are friends. I think it is great this event is happening—we are missing art fairs, people are having to create different models to create a moment. All the art market has shrunk, it’s a difficult time for a market that was structurally reliant on fairs for many years.”

As UK Covid-19 restrictions have now been loosened enough to allow it, numerous LAW galleries across central London will be opening their doors to (albeit limited) visitors through the event too. Most have launched their own themed shows, and it’s a typically eclectic mix for art-starved eyes: Colnaghi has a survey show in conjunction with Jaime Eguiguren Art & Antiques, called Discovering Viceregal Latin American Treasures; The Fine Art Society’s Hylton Nel at Eighty exhibition is dedicated to ceramics by the South African “artist-potter”; Tomasso and Galerie Chenel have joined forces with Baroque: Ancient to Early Modern, while Sam Fogg’s Treasury Objects of the Middle Ages, focuses on objects of the altar. Then there is Rodin: Influenced and Inspired at Bowman Sculpture and Vive la Révolution! at Daniel Katz Gallery, with a selection of sculptures that commemorate that French revolution.

And finally, there is the London Art Week Showcase (2-9 July), a group exhibition at the still-fairly-new gallery hub at Cromwell Place in South Kensington, including paintings, drawings, sculptures and other objects from LAW dealers.