Only a few days from Halloween and it was hard to tell a trick from a treat at Sotheby’s back-to-back Contemporary and Impressionist and Modern evening sales in New York, moved up from their usual mid-November dates. Live streamed from the auction house’s headquarters in Manhattan but with the auctioneer, Oliver Barker, on the rostrum in the London sale room, the evening brought in a total of $238.7m ($283.9m with fees) across the two sales, just below a $239.2m-$344.3m estimate, with roughly a 97% sell-through rate of the works offered.

Overall, works were conservatively priced and most hammered around their low estimates; 51% of the lots in the contemporary sale and 36% of those in the later Impressionist and Modern sale were backed by guarantees. Among the top lots of the night was Giorgio de Chirico’s early work, Il Pomeriggio di Arianna (1913), which sold for $13.6m ($15.9m with fees), setting a new record for the artist in the Impressionist and Modern sale. A trio of Post-War Alfa Romeo concept cars topped the earlier contemporary sale at $13.5m ($14.8m with fees)—a treat for the eyes but, like the $31m T-Rex at Christie’s 20th Century sale earlier this month, a bit of a trick to bolster the bottom line of a thin art sale.

It was definitely a tricky start given multiple withdrawals directly before the sales. Most notably, the Baltimore Museum of Art (BMA) abruptly pulled two of the top lots from the Contemporary art sale right before they were due to hit the block. The withdrawal of Brice Marden’s 3 (1987-88), estimated to fetch $10m-$15m, and Clyfford Still’s 1957-G (1957), estimated at $12m-$18m, followed weeks of entreaties by museum professionals to delay the controversial sale, only allowed due to an ease in deaccessioning restrictions granted by the American Association of Museum Directors (AAMD) back in April to offer museums more liquidity amid coronavirus-related financial hardships. The museum further suggested that the deaccessioned works would make way for more diverse and equitable programming down the line.

Within the days leading up to the auction, 15 former presidents of the AAMD urged the board to “reconsider” the sales, while earlier in the month, two former museum board chairmen rescinded planned gifts totalling $50m amid the resignations of artists Amy Sherald and Adam Pendleton from the board of trustees.

The works being deaccessioned by the BMA through a solicited exclusive agreement with Sotheby’s also included Andy Warhol’s The Last Supper (1986), to be offered in a private sale and expected to make around $40m. The museum’s leadership agreed to “pause” the sale of all three due to public backlash, according to a statement released two hours before the Sotheby’s sale. 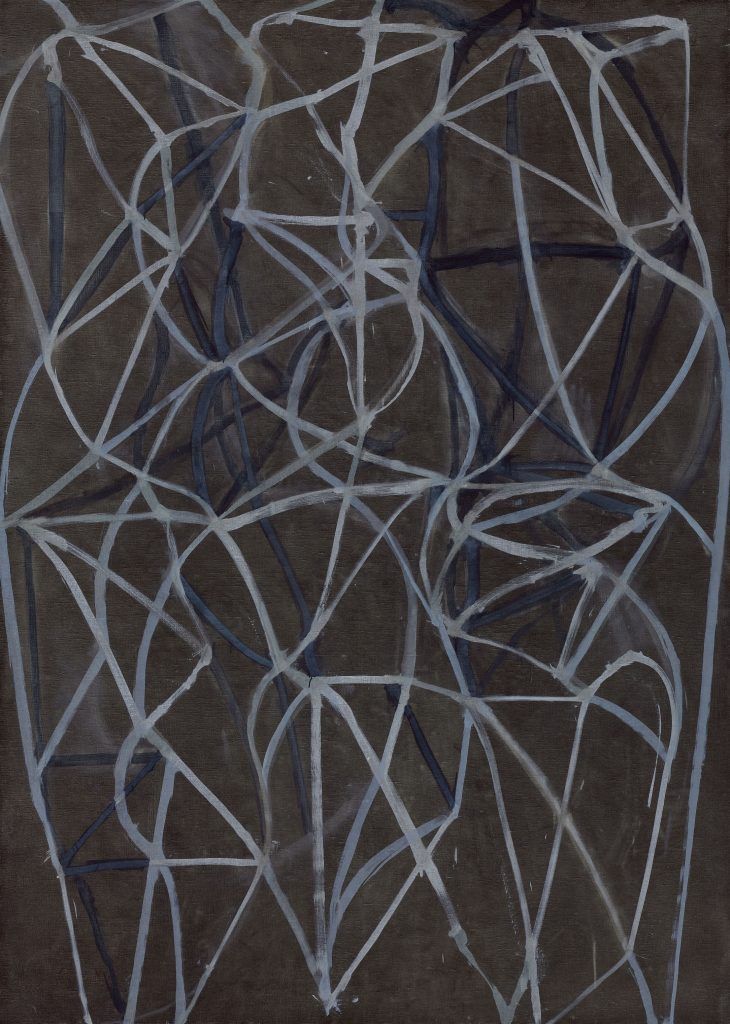 Brice Marden’s “3” (1988-1989) was withdrawn from the sale after outcries against its deaccessioning from the Baltimore Museum of Art.
Courtesy of Sotheby’s

“The BMA’s situation, among others like the Berkshire Museum, underscores the need for transparency in deaccessioning and perhaps could put a damper on hasty decisions by museums in the future,” says Martin Gammon, the founder and president of the art advisory firm Pergamon Art Group and the author of Deaccessioning and its Discontents: A Critical History (MIT Press, 2018). He adds that he “applauds” the board’s final decision to halt the sale, saying: “I’m all for deaccessioning work as an alternative to going bankrupt for museums under financial strain, but donor intent and curatorial merit must be considered, not just the market value of works.”

Another major lot, the second of three Alberto Giacometti bronzes up for sale, was also withdrawn from the Impressionist and Modern line up and sold privately for an undisclosed amount ahead of the live auction, joining the successful $90m-plus sealed bid sale of the large-scale 1960 Giacometti sculpture, Grande Femme I—although Sotheby’s remain tight-lipped about what price the latter made. Both works reportedly hailed from Revlon billionaire Ronald Perelman’s collection, who has been rapidly selling off assets to pay down debts. A third sculpture by the artist, Femme Leoni (1958), sold for squarely within its estimate at $22m ($25.9m with fees) after a protracted volley between buyers in New York and Hong Kong, making it the most expensive lot of the entire evening.

An intense but incremental bidding war also broke out over a Post-War dining table by Carlo Mollino. One of a handful of works being (only slightly less controversially) deaccessioned from the Brooklyn Museum, it sold for $6.2m (with fees) in the contemporary art sale, setting a new record for the Italian artist. 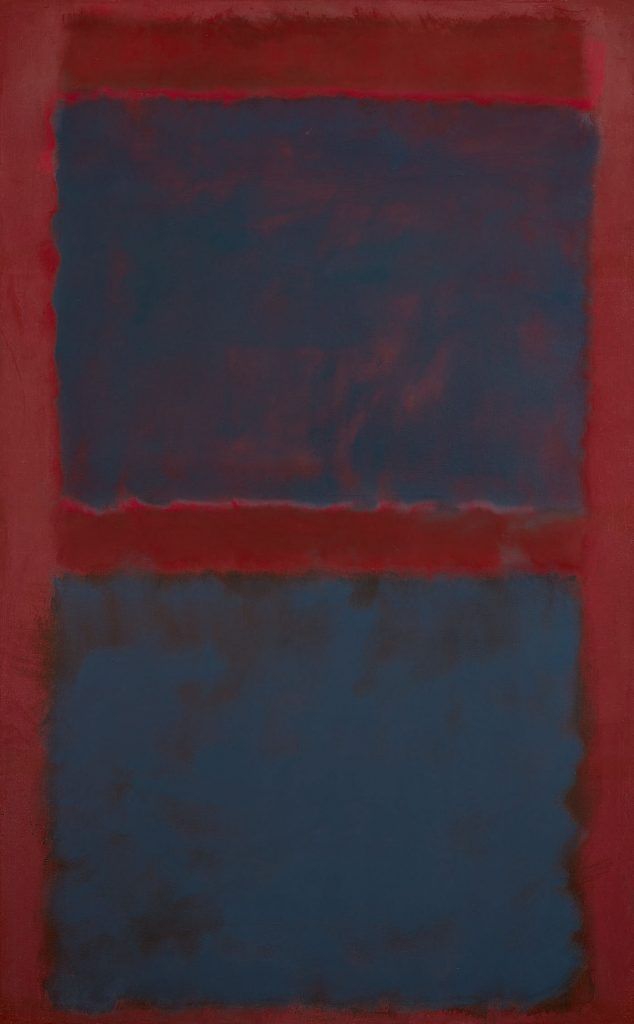 Though there were no unsold works in the Impressionist and Modern sale, around half of the lots sold for below their estimates and even blue-chip standards like Pablo Picasso, Marc Chagall and Georgia O’Keeffe barely enticed bidders.

“Either much of the best work at the top of the market is being offered via private sale and out of public scrutiny right now, or we saw real professionals making the most of a conservative market that wants sure buys,” says the New York-based adviser Tracy Kinnally. Exceptional, sure-to-sell pieces, such as the pair of Basquiat canvases from the collection of the legendary dealer Enrico Navarra, which sold for a combined $15m (with fees), “almost seemed tame by comparison to the Monopoly money numbers we’ve grown accustomed to seeing” in recent years, she adds. 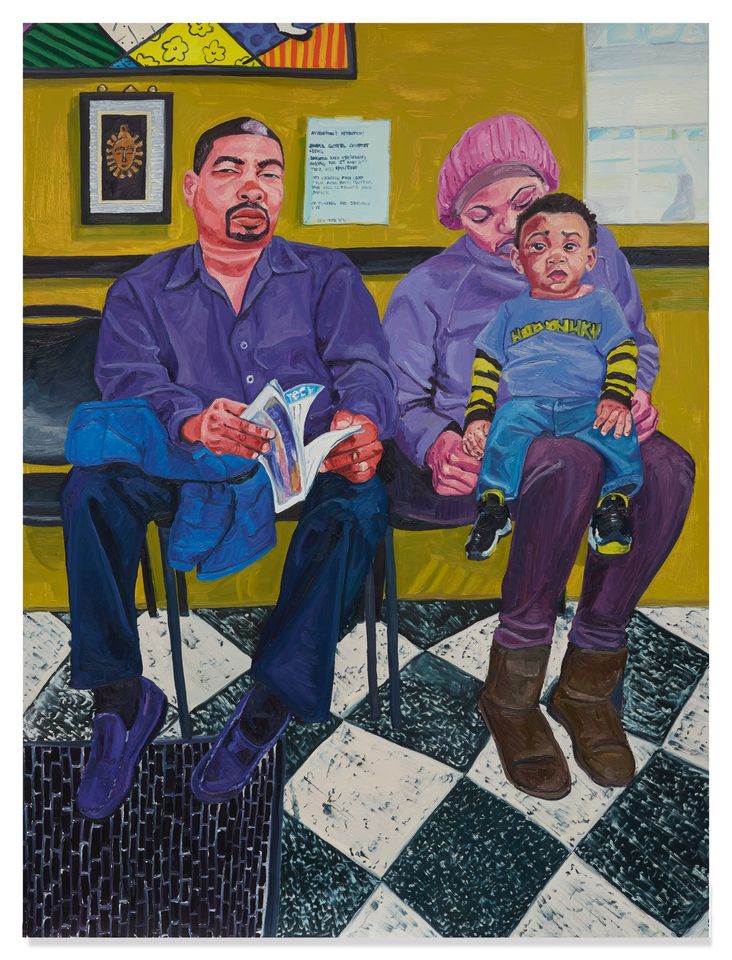 Amid ongoing economic uncertainty as a new wave of coronavirus lockdowns begin to ripple around the globe—France and Germany both announced new restrictions earlier in the day as the stock market once again plunged while Covid-19 cases surge in the UK and US—it is not surprising buyers were playing it safe throughout the evening. Even so, a few sweet treats were had. Four works by René Magritte were led by L’Ovation (1962) from the de Menil’s collection, which brought $14.1m (with fees) in its auction debut. A lovely flower painting by Vincent Van Gogh, Fleurs dans un verre realised a respectable $16.2m (with fees); painted in June 1890, shortly after the artist arrived in Auvers, it is one of around 70 canvases he painted days before his death.

In the contemporary sale, strong prices were seen for living artists, including for Jordan Casteel, whose large-scale Barbershop opened the sale with a quick-fire round of mounting bids, achieving $450,000 ($564,500 with fees)—the second highest price for the artist at auction. It was immediately followed by a fierce bidding exchange between New York and London buyers for Matthew Wong’s Dialogue (2018), which far exceeded its $300,000 high estimate when it hammered for $1.3m ($1.6m with fees). Only earlier this month, Christie’s set a big new record for the late artist’s work when Shangri-La (2017) sold for $4.4m.