Follow in the path of fashion insiders: apply for your next job on BoF Careers now.

Simon Windsor began his career in digital marketing. While working as head of mobile at the creative agency Five by Five, the launch of the iPhone shifted his perception of how content could evolve creatively through technologies.

“The idea of the physical and virtual bleeding increasingly together, the idea of the metaverse — I started to think, this is going to lead into a new era for content creators, a new era for storytellers, and leveraging the capabilities of mixed reality and computer vision,” Windsor told BoF.

In 2011, Windsor left Five by Five to become director of customer development at String — whose clients included Nike, Skechers, Disney, Audi, Paramount, and Microsoft. It was one of the first augmented reality technology platforms for mobile, experimenting with how to bring 3D content into the physical world using first-generation smartphones.

Windsor proceeded to co-found mixed reality company Tmrw and then virtual reality and immersive content studio Hammerhead, which since became Dimension Studio, where he is currently joint managing director and an executive producer. He has worked on fashion and entertainment projects including AR holograms for Madonna’s Billboard Music Awards 2019 performance, Virtual Vikings for Ridley Scott Creative Group and digital humans in Balenciaga’s Afterworld: The Age of Tomorrow — a futuristic fusion of volumetric capture and video gaming — as well as H&M and Simone Rocha’s AR pop-up book. He now shares his career advice.

How do you think technology and fashion will greater converge in the future?

I think Balenciaga’s just scratching the surface of what virtual fashion worlds and shows might become. We’re just at the tipping point of this new era. 5G, AI, the fact that we have cameras on our handsets and computer vision capabilities are being introduced through new iPhones — it gets really interesting, especially the way in which fashion brands can engage audiences. It starts to change the meaning of fashion itself.

The idea of digital identity, virtual fashion, NFTs, companies such as Epic with Unreal Engine, are changing the rules around content creation. This means, in the future, people will be able to create their own story worlds at home, where you’d normally have relied on a big VFX team in Hollywood to produce. We’re moving away from an era of passive experiences into richer, more immersive content and ways in which you can engage with brands’ stories, where you have more agency as a user and where that content coexists in your physical space.

What attracted you to working in the extended reality content space?

My background is within digital marketing agencies. The introduction of the first iPhone was pivotal for me, looking at how content could evolve creatively using technologies. The idea of the physical and virtual bleeding increasingly together, the idea of the metaverse, fascinated me early on, mainly inspired by lots of classic sci-fi films and the usual references.

Making great things happen comes down to collaboration with others and working as a team.

In 2011, I became part of a team that launched one of the first mobile augmented reality technology platforms, String. We were experimenting with how to bring 3D content into the real world using first-generation smartphones such as the iPhone 3GS. That moment was pivotal to me in terms of appreciating where content would start to go.

I’ve spent the last 10 years looking at how mixed reality technologies can inform and empower storytellers and creatives to explore new mediums and bring conceptual story worlds to life, in the world of fashion and other areas of entertainment.

What learnings did you take from digital marketing into your work today?

Primarily, my role has remained that of a producer. I’ve always been about discovering ways to make things happen. If you work in agencies, you get a brief that is normally, “We want to do something new,” and that’s what we would work on.

In the case of early mobile, it was, “How do we engage consumers in new ways? What’s going to be innovative about this application that means we can deliver more value to our audience, whether it’s through utility or entertainment?” Ultimately, it’s still underpinned by strong storytellers and people with great ideas to bring these to life.

My attitude towards producing involves thinking creatively around the problem. For me, it’s about the convergence of creative and story worlds with technology, to support the creation of ever more compelling, exciting and interesting ways in which brands can tell their stories.

What was your first introduction to fashion through XR technologies?

We worked early on with brands such as Nike for virtual try-ons on digital fashion configurators around the Air Jordans. It was experimental, starting to understand what you could do creatively with the medium and what it meant for digital fashion and how that drove new levels of engagement for users. 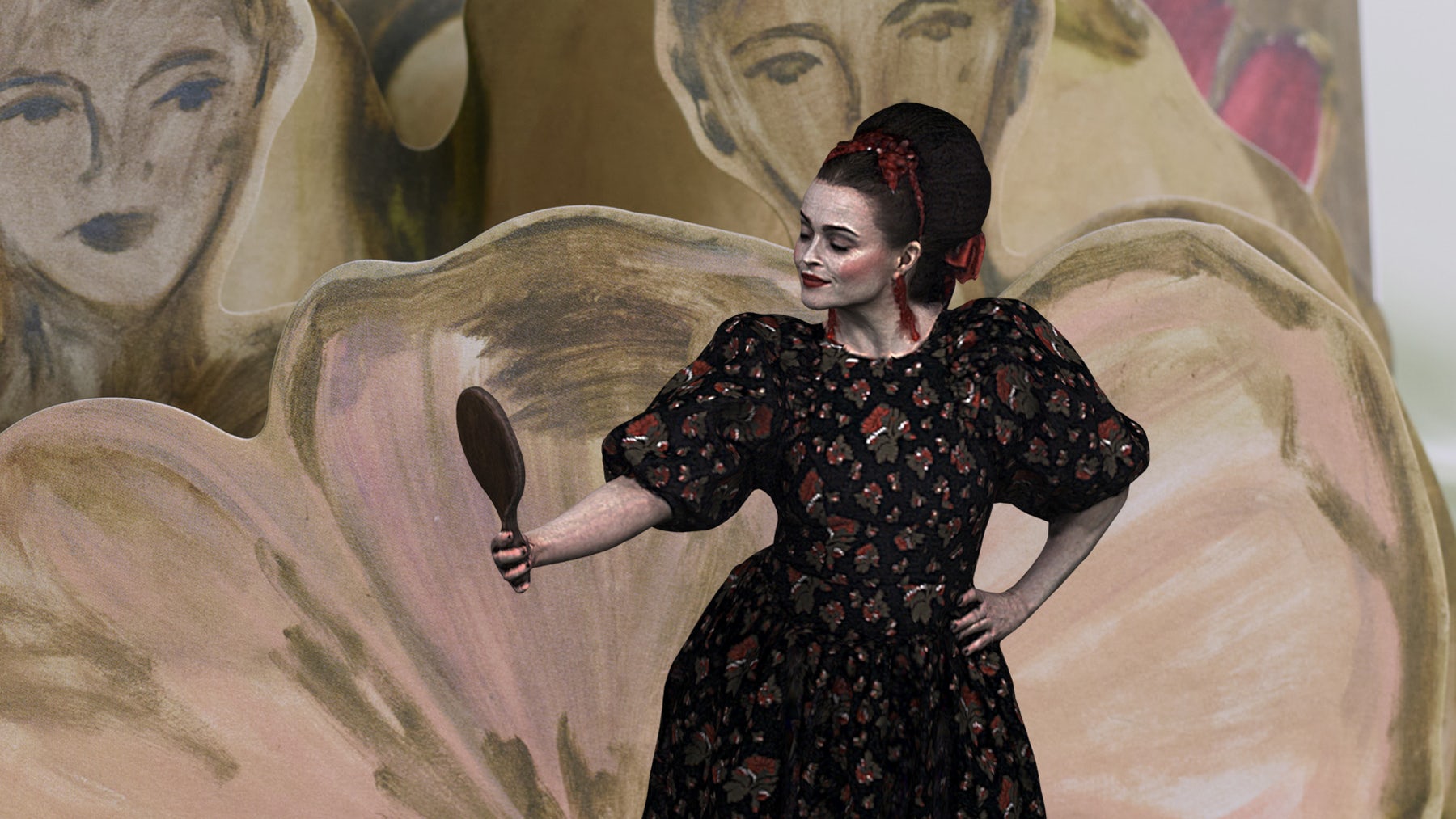 Fashion is great for creating conceptual story worlds. Now that they have the tools and emerging technologies at their disposal, they can begin experimenting with what that means for us in the virtual space. The only limit creatively these days is our imagination.

What was the biggest lesson you learnt starting out in this space?

Making great things happen comes down to collaboration with others and working as a team — and that could be working with peers, mentors or it could be finding ways to gain work experience. You can then glean a lot of information and knowledge to help you advance in the early stages of your career. That comes through hunger — to want to make things happen.

Being immersed in what’s happening in the space and connecting with other people. That’s the same whether you’re starting out in your first role or you’re 10 years into what you do — you have to remain fresh and relevant. These days, it’s far easier to connect [with others] if you’ve got an area of passion — identify the movers and shakers in the space, whether it’s through social media or attending events. There’s a lot more channels at your disposal to improve knowledge, connect and follow others.

As creatives who are all exploring this space together, we benefit and feed off of each other. For the Balenciaga project, around 10 companies were involved in making that happen. Each of those companies were responsible for driving innovation in their own space. The digital humans we created at Dimension Studio came from seven years of R&D into that specific volumetric video suite.

What advice would you give those looking to work in the virtual entertainment space?

Those interested in digital fashion and what the future of working in the fashion industry looks like, should look towards technology and what some of the leading fashion companies are starting to do with it. The barriers of entry are going to decrease and I expect more companies will start to adopt augmented reality or virtual reality to create content and stories in new ways.

The last 5 or 10 percent [is] the most important — that’s where you need an eye for detail. That’s what distinguishes the good from the really good.

How can someone break into the virtual technology space in fashion?

One of the things that is critical is detail. Typically, in the world of creativity and production, we talk about the last 5 or 10 percent being the most important. In the process of experimentation, things won’t always be perfect, but where it really matters, in those percentages — that’s where you need to have an eye for detail, because that’s what distinguishes the good from the really good.

Increasingly, we see high-profile, high-quality candidates coming from university or college using software and tools at their disposal, but they’re going one step further. It bleeds into becoming a hobby. We’ve got a whole generation playing Fortnite, who have been styling avatars and buying skins for a while now. You see what’s happening with NFTs and companies like RTFKT and The Fabricant.

These days, [emerging talent] has access to software, tutorials online, people who are doing cool things in the space for inspiration. I don’t think there’s any lack of capability or resource to enable talent to thrive and demonstrate they’re good. If you’re passionate about something, there’s no reason why you can’t invest your time in providing compelling reasons why companies should be interested in working with you.

Here are the most exciting job opportunities in technology available on BoF Careers:

Director of IT, Citizens of Humanity — Los Angeles, United States