Jeff Koons at the announcement of his BMW collaboration on 4 September 2021.
Photo: Enes Kucevic. © BMW AG

In a significant albeit unsurprising move, Jeff Koons is planning to release NFTs (non-fungible tokens), the world’s most expensive living artist has revealed to The Art Newspaper.

Koons was speaking at Munich’s Pinakothek der Moderne museum last weekend at the launch of his new art car collaboration with BMW, The 8 X Jeff Koons. The design of the 8 series gran coupé will remain a mystery until its unveiling at Frieze Los Angeles 2022, although we are told that its coat will consist of 11 colours, and that U2 frontman Bono initiated the collaboration between the artist and the German automobile manufacturer via an op-ed he wrote in the New York Times.

But while further details of the car remain under wraps, Koons did impart a few choice nuggets regarding his next moves. Chief among these are concrete plans for his first commercial gallery shows since he left Gagosian and David Zwirner earlier this year for Pace, where he has two upcoming exhibitions: one in Palo Alto, California in 2022 and another in New York in 2023. 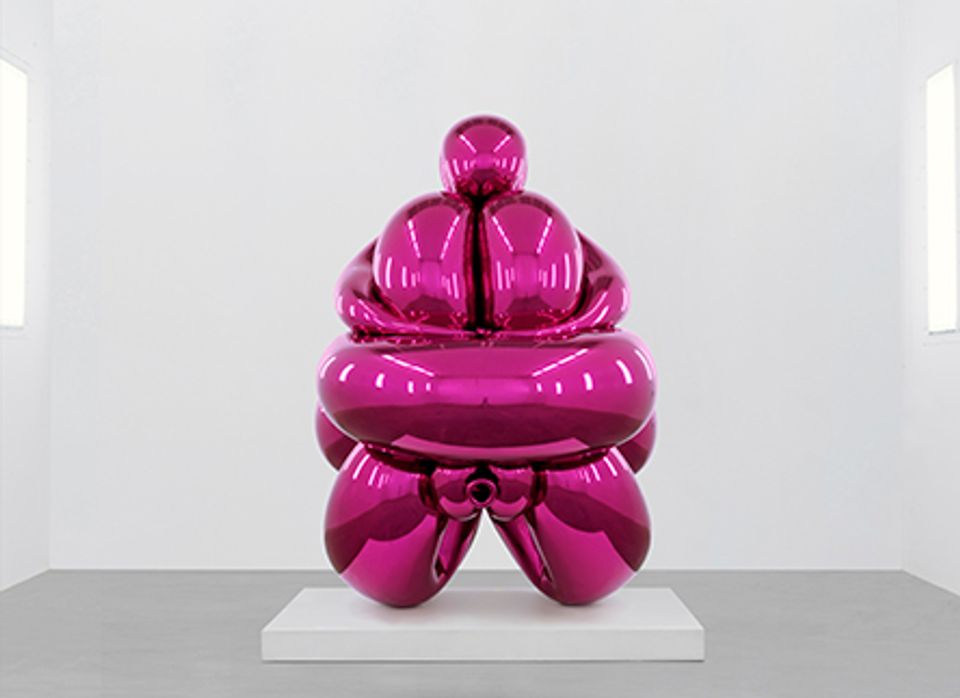 “Depending on what ends up being shown in Palo Alto, it may be a piece I have already created which is one of my Balloon Venuses. I believe it’s going to be the Hohlen Fels. If things stay on track, that is what will be shown there,” Koons says.

Voluptuous, glossy and reportedly very difficult to produce, Koons’s Hohlen Fels Venuses have gained a sheen of notoriety in recent years after works from the series became the subject of two high-profile lawsuits launched against the artist and his then-gallery Gagosian.

Filmmaker Joel Silver filed a case in 2018 after being made to wait an “unreasonable” amount of time for a 2013-15 yellow Hohlen Fels that he agreed to buy for $8m prior to its completion, paying for the work in instalments of $800,000. A settlement was reached in 2019 with Silver eventually purchasing the completed work in full.

A separate case was launched by the collector and Museum of Modern Art trustee Steven Tananbaum following the non-delivery of three Koons sculptures he had purchased: a Hohlen Fels in magenta and two further Balloon sculptures. In 2019, Koons and Gagosian filed a motion to dismiss the case, terming Tananbaum an “impatient millionaire”. The legal action was settled “amicably” in January last year.

Three more editions of the Hohlen Fels in red, violet and orange are known to exist, but Koons did not say which colour he plans to show at Pace, instead choosing to talk about the work’s more metaphysical properties: “You have a surface that very much is about the moment, and you view it, and it affirms you, and when you move, the abstraction changes. But at the same time it draws you back around 35,000 years ago,” he says.

In New York, the artist will show new, unseen works from his ongoing Porcelain series, stainless steel sculptures whose surface closely resembles that of porcelain figurines. According to Koons, the Pace works will draw from sources ranging from “the 18th to 20th centuries”.

“I capture everything from the surface of the original. […] They’re very transcending pieces, I think I find a great deal of Platonism in the works,” he says.

But perhaps the biggest news revealed during the evening (yes, bigger than Bono) is that Koons has finally confirmed rumours that began circulating following his jump to Pace—that he will soon be producing NFTs. The artist says he is in the process of developing digital works that will be offered as NFTs and expects them to be released “within a year’s time”.

Perhaps tellingly, he brings up his long-standing partnership with the London-based virtual and augmented reality art producers Acute, with whom he created a virtual reality Ballerina work in 2018, suggesting that the artist, who was recently described by his former dealer David Zwirner to the New York Times as a “free agent”, might be releasing these digital works outside of Pace. The gallery did not reply to request for comment.

Although Koons is best-known for creating physical works, he says that his foray into NFTs will not mark a major shift in the way he already creates art. “All my work has been generated digitally for almost the last two decades,” he says, adding: “Every work I make is really from the inside out, first starting with cat scans and blue light scans, then reverse engineering it and using photogrammetry for capturing the surfaces.”

Koons has previously spoken about how computer technology has helped him streamline his operations and downsize his business.

Keen to also discuss matters outside of work, Koons then reminisced about the time he met Salvador Dalí in a hotel as a teenager: “When I was 19, [Salvador Dalí] had an exhibition in 1974 at the Knoedler Gallery and my mother read somewhere that he spends half the year in New York at the St. Regis hotel, so I called the hotel and asked ‘can I be put through to Salvador Dalí’s room’. He answered the phone, so I spoke to him and he said, ‘can you come to New York this weekend and if you can then I can meet you in the lobby at noon’, and he was there.”

Returning to the subject of cars, Koons says that his own is far less streamlined than a gran coupé. The artist instead drives a customised 11-person van to accommodate his eight children, meaning that it would take several 8 X Jeff Koons to fit the artist’s sizeable brood.