A pandemic combined with the imminent Brexit deadline on 1 January 2021 might not seem the best time for a US-based gallery to take on a new London premises.

But Pace never has been cautious in its approach to gallery expansion.

So it is taking on a huge 8,600 sq. ft street level gallery, previously occupied by the now-defunct Blain Southern, at 4 Hanover Square in Mayfair, which will open in autumn 2021 following a major overhaul by Jamie Fobert Architects. Fobert designed Pace’s original London gallery on Lexington Street, Soho, in 2011. The renovated space will feature two ground floor galleries, two private viewing rooms and the architect will also open up the basement level to create an additional 1,000 sq. ft gallery, reached by a black steel “feature staircase”.

Pace, according to a statement, hopes to develop a “more robust exhibition schedule” at the new gallery, which will replace its home since 2012 at 6 Burlington Gardens, inside the Royal Academy of Arts building, which will close in summer 2021. According to the statement, Pace also hopes to “engage with more European artists and continue to grow its contemporary programme” through the beefed-up exhibition space. The new gallery space will also have room for live and experimental programming—something the gallery has been investing in heavily recently with its art and technology arm PaceX (launched last year) while Marc Glimcher has co-founded the Superblue experiential art centre (a separate enterprise to Pace gallery itself) which was due to open in Miami next month but is now postponed to Spring 2021 due to the current level of Covid-19 cases in Florida. 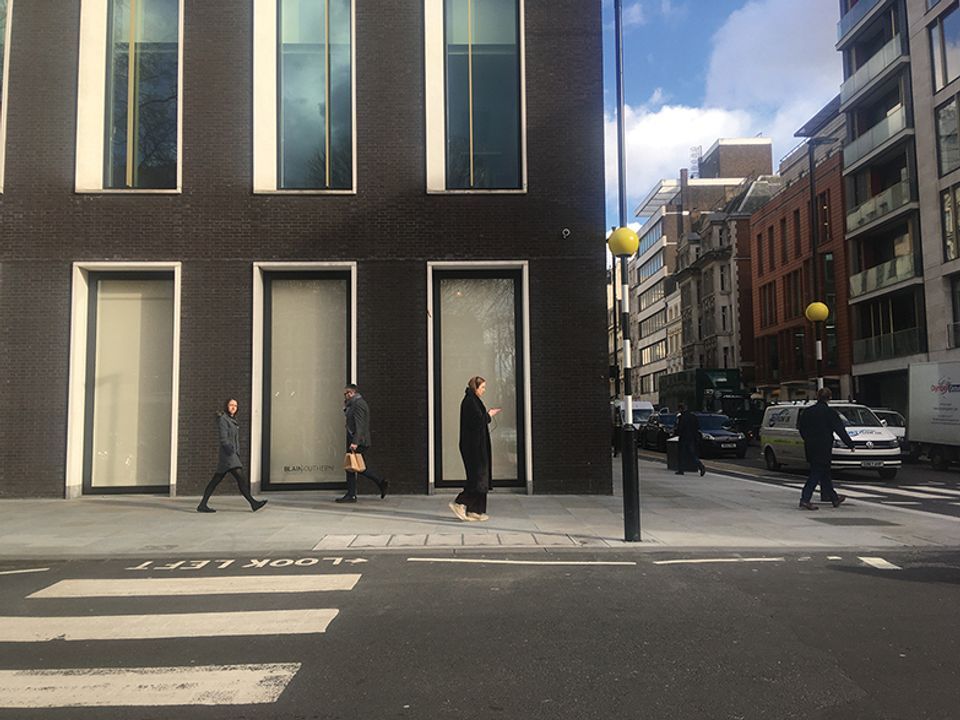 Pace’s president and chief executive Marc Glimcher says this “larger gallery footprint… brings with it an expanding ambition for Pace in Europe”. Marian Goodman gallery recently announced the closure of its London space because, as Goodman said at the time, “the current health crisis and Brexit have introduced even more uncertainty into the market, especially for galleries operating in London”.

But Glimcher is undeterred: “This is a time for investment and faith in London. Its role as a cultural hub remains undisputed given the number of world class institutions on its turf, and even staring into the face of Brexit I am convinced that London will remain an economic capital of Europe and a crucial centre for the art market.”

Hanover Square is currently one big building site due to the construction of the major Crossrail train and tube station, linking central London to Heathrow airport, and the building of a new Mandarin Oriental hotel.

Pace will no doubt hope that this announcement will take some attention away from reports on Artnet News in the past week of allegations of a “toxic” working environment and physical and verbal abuse of employees by two of the gallery’s longstanding presidents in the US, Susan Dunne and Douglas Baxter. The gallery is currently conducting an investigation into these allegations and Baxter has taken an indefinite leave of absence.

In a statement given to The Art Newspaper today, the gallery says: “We have had our share of workplace issues in the past and have worked to address them as they have been brought to our attention. The specific accusations being raised here refer to conduct that is unacceptable. We take these allegations very seriously and will bring them to the attention of our independent consultant and HR department to be investigated as part of our ongoing work. This behaviour does not reflect our values and that is why we are implementing structural change and accountability measures to ensure it does not occur in the future.”

Regarding Baxter, Glimcher said in an internal email to gallery staff: “The investigation being conducted by outside counsel will continue to move forward as planned and Douglas has assured me of his complete cooperation. I want to emphasise that the investigation is as much about Pace as it is about the individuals on which it is focusing. I remain committed to using its findings to inform the policies and processes we are putting in place to ensure that Pace is a positive and equitable place to work.”