Art Dubai is taking place in a new location to help adhere to safety protocols
© Image: courtesy of Art Dubai

In an apt twist of fate, one of the first art fairs to be cancelled last year, Art Dubai, has now become the first art fair to welcome back galleries and collectors in real life this year, albeit with a new funding model and strict Covid-19 protocols in place. For its 14th edition, Art Dubai (until 3 April) has eliminated booth fees in exchange for 50% of gallery sales in order to encourage galleries to take part.

In the first three days of the fair, sales totalled $3m. Custot Gallery in Dubai reported the largest single sale of the day, selling a work by the Greek painter Sophia Varia for $100,000. Galerie Perrotin, which is participating in Art Dubai for the first time, sold a work by the French artist JR for $65,000. 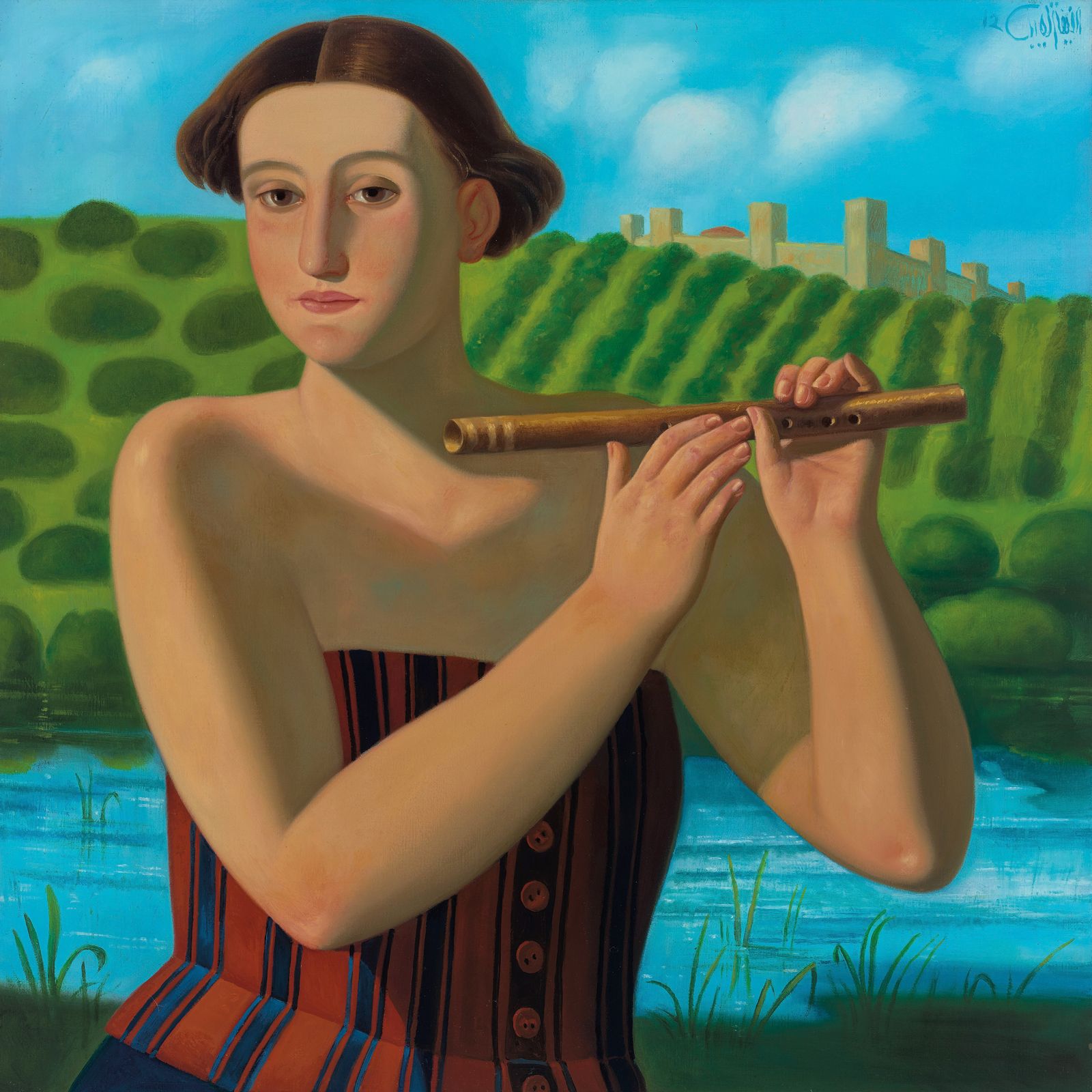 Sales highlights from the second day of the fair included two works by Dia Azzawi sold by Meem Gallery for between $55,000-$90,000; and first-time exhibitor Comptoir des Mines Galerie from Marrakesh, selling sold a work by the Moroccan-born artist Fatiha Zemmouri for $32,000.

According to the Art Dubai’s executive director, Benedetta Ghione, there was a strong demand for a physical fair this year. “Art Dubai is an incredibly powerful platform, not just for local galleries, but for the entire region,” she says. “We realised last year when we had to cancel that many of the galleries relied on us for a significant portion of their annual sales.”

“The UAE, and the region in general, has a young and relatively nascent cultural ecosystem,” Ghione says, emphasising that “much of the development comes through education and being able to experience art in person, rather than in an online viewing room.” She is hopeful that the new fair model of relinquishing booth fees in exchange for a cut of sales will be successful, adding that the system works on a trust basis.

Other fair directors, however, are more cautious about adopting Art Dubai’s profit-sharing model. For Kamiar Maleki, the director of the Volta art fair in Basel, New York and Miami, who is attending this year’s Art Dubai in person, “the model is a great positive for galleries, but it could potentially open up an entirely new can of worms for other fairs”. While Maleki acknowledges that the traditional fair model of high booth and transportation costs needs updating, he says that Volta is already looking into alternatives models. 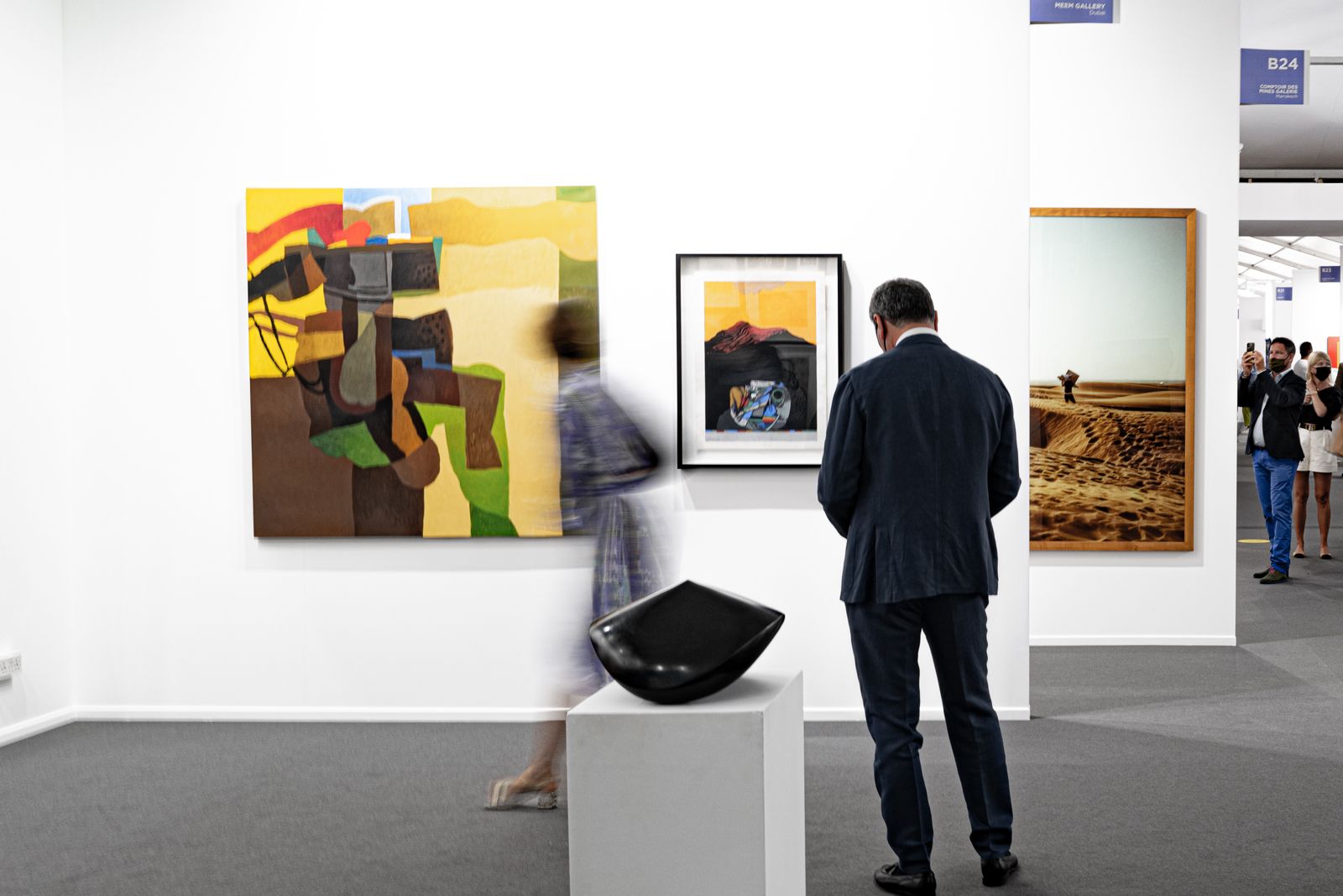 In addition to reducing the number of participating galleries from 92 in 2019 to 50, Art Dubai has also relocated back to its original location in the Dubai International Finance Centre (DIFC) in order to adhere to safety protocols more easily (the fair previously took place at the palatial Madinat Jumeirah).

The new location means the fair is more pared down: no VIP lounges, chauffeured cars or parties. Gone is the notorious Julius Baer lounge stocked with enough champagne to fill an Olympic-sized pool, replaced instead with a modest area where food and drink must be consumed sitting down.

But even IRL, the digital world is never too far away. Commenting on the recent craze surrounding non-fungible tokens (NFTs), Ghione says that while the fair does not specially include any works of art on the blockchain, she is always on the lookout for innovative new projects and ideas. “I think we were so engrossed in the necessity of staging a physical fair that we didn’t think it would make sense to adopt any blockchain specific projects.”

However, according to Shumon Basar, an art critic, curator and commissioner of Art Dubai’s talks series, the proverbial crypto genie is already out of the bottle and is likely to influence art fairs in the years and decades to come. Speaking on a crypto-art cruise organised during Art Dubai by the former Ethereum and MetaMask founder Joel Dietz, Basar says, “[the online game] Second Life is now our First Life. This changes everything. NFTs are proof of that.” He says that the technology’s ability to fix a lack of trust in transactions is a real game changer. 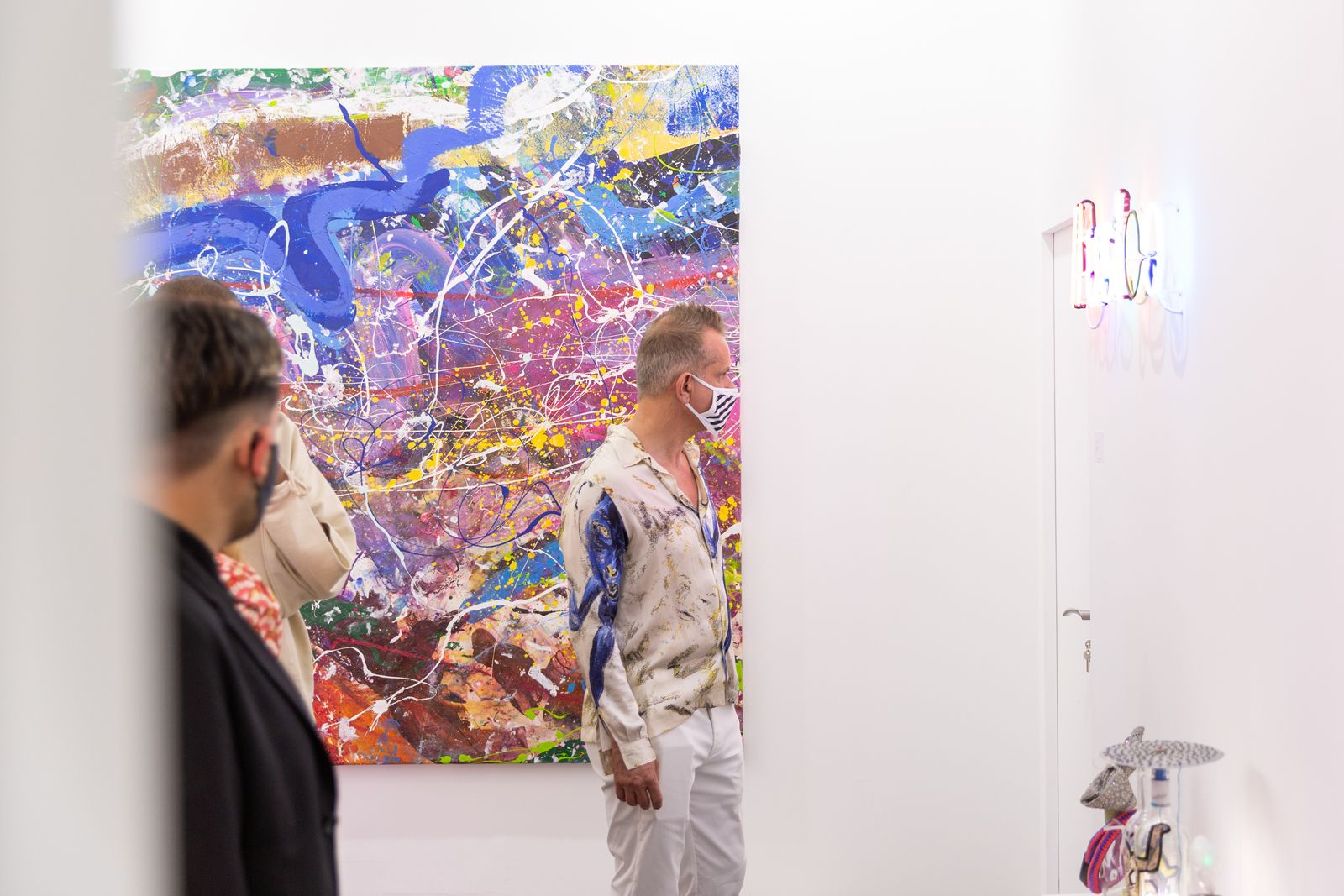 Dietz recently moved from California to Dubai in order to spearhead new initiatives linking blockchain technology with art and finance. He sees no apparent tension between the traditional art fair model and these new technologies, and is working closely with legislators to help shape policy and create clearer directions for how blockchain could be adopted to assist fairs such as Art Dubai.

“Global access, decentralised settlement, and automated royalties, are reasons why NFTs are here to stay,” Dietz says. He adds that while Art Dubai is basing its new model on trusting galleries to report their sales, the simpler, more elegant solution would be to use blockchain technology (not necessarily NFTs). “We are watching all asset classes moving over to blockchain and Dubai is shaping up to be a global leader,” he says.

Some participating galleries are already thinking about how to adopt NFTs and blockchain technologies. According to Third Line gallery owner Sunny Rahbar, who sold a work by Laleh Khorramian on the opening day of the fair, “blockchain technology is something that is definitely here to stay,” Rahbar said, particularly as it relates to things such as authenticity and provenance, “and those that don’t adapt now will probably be left behind.”