It isn’t every day that Paris gets a new museum, much less one in the middle of the Right Bank, just steps from the city’s busiest metro station.

So Kering founder François Pinault’s contemporary art foundation in the Bourse de Commerce (the former Paris Stock Exchange) has become a hotly-anticipated addition to the city’s cultural fabric during its $194 million renovation by star architect Tadao Ando, both as a centrally-located hub for events and exhibitions and as a chance to finally see the 84-year-old billionaire’s extensive collection in his home country. (His Palazzo Grassi museum in Venice, which opened in 2006, is already legendary among art aficionados).

The museum, set to open May 22 after a year-long coronavirus-induced delay, could move the needle on the place of contemporary art in Paris, as well as further fuel the transformation of the Châtelet neighbourhood, coming on the heels of a sweeping renovation of its train station, shopping mall and theatre and just ahead of reopening of the nearby LVMH-owned Samaritaine department store and luxury hotel.

It’s also the latest example of a soft-power push from the billionaire Pinault family, which owns luxury brands including Gucci, Saint Laurent and Bottega Veneta through the listed group Kering, as well as auction house Christie’s through its private holding, Artemis.

The Pinault fortune is one-third the size of rival luxury billionaire Bernard Arnault’s, LVMH’s chairman and the richest man in Europe, and the Pinaults trail other French families such as L’Oréal’s Bettencourt family or Hermès’ Dumas clan. But even with a lesser net worth, the family holds its own when it comes to visibility and cultural relevance in its industries.

Untitled (2011) a sculpture by the artist Urs Fischer. Courtesy of the artist and of the Bourse de Commerce- Pinault Collection.

Pinault stepped back from managing his company in 2003 to focus on his “cultural project,” a fast-expanding art collection. He began developing his museum in Venice after attempts to install his collection in Paris’ Île Seguin stalled.

Pinault became known for bringing an element of surprise to his acquisitions and his foundation’s events. While his collection of contemporary art is estimated to be among the world’s most valuable and includes works from art market stars like Jeff Koons and Damien Hirst, he also pursued more personal picks, extensively collecting and providing a platform for artists including Luc Tuymans, Bruce Nauman and Claire Tabouret.

That personal angle, as well as Pinault’s commitment to novelty, were on display in the Bourse de Commerce’s first exhibition. Works by well-established figures championed by Pinault, such as David Hammons and Marlene Dumas, were interspersed with works by younger painters like Antonio Oba and Xinyi Cheng.

The central rotunda features a group of wax statues by Urs Fischer, including a life-sized replica of Giambologna’s Rape of the Sabine Women, all of which are set to be progressively melted into a giant heap. For visitors, that means “if you came every day you would see something different,” said museum director Martin Bethenod.

While Bourse de Commerce’s programming won’t change that fast, parts of the collection will be swapped out regularly without closing for a full overhaul. It’s a clear contrast with rival businessman Arnault’s museum, the Fondation Louis Vuitton, which draws visitors primarily by staging two major shows each year, including blockbuster retrospectives for artists like Jean-Michel Basquiat or Cindy Sherman. 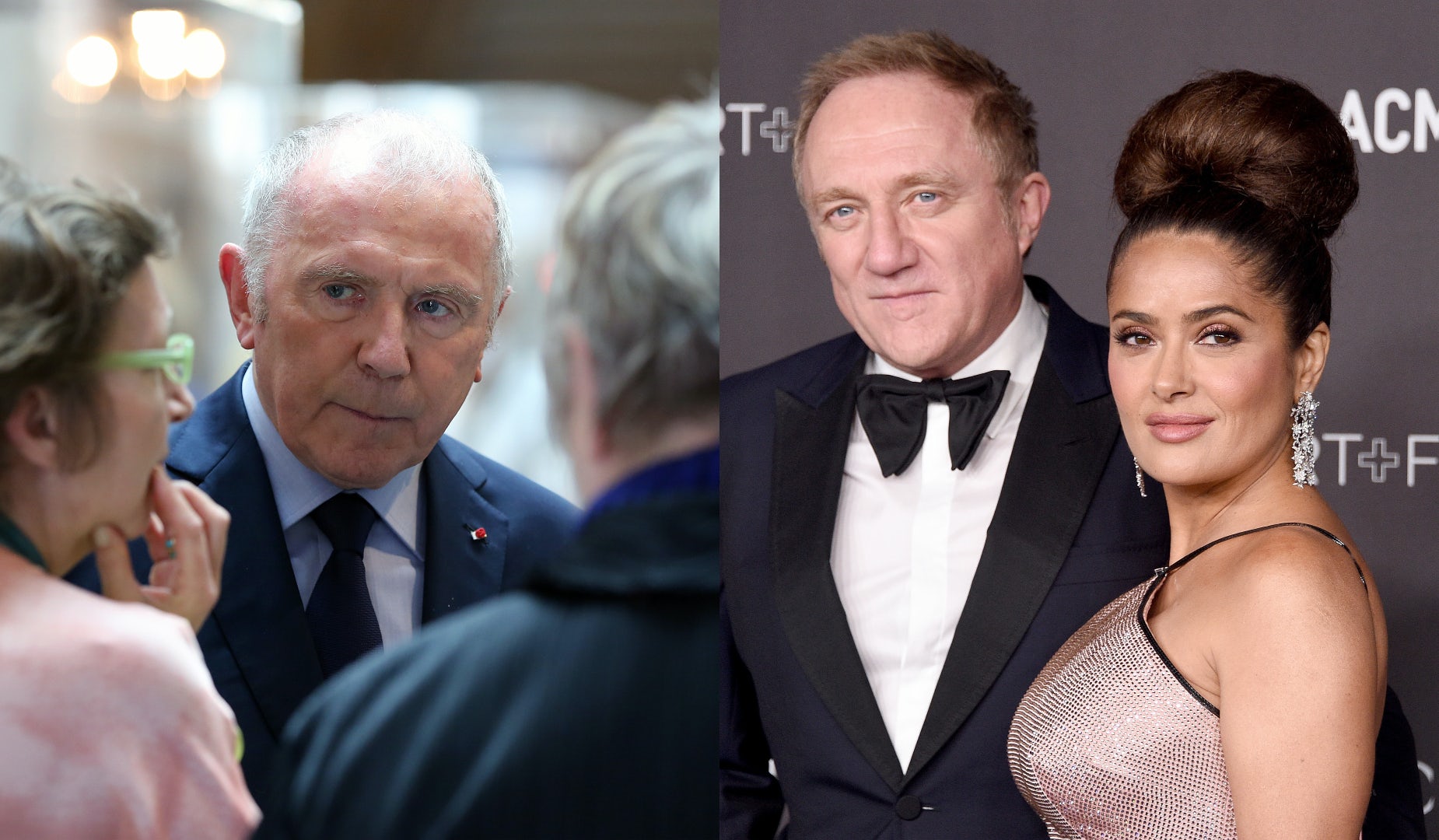 The foundation, and all of Pinault’s art initiatives, are first and foremost “a personal passion,” said Katherine Ross, a former Sotheby’s executive who also worked as an advisor to LVMH and Prada. But that doesn’t mean the family won’t derive strategic benefit.

“It creates a better image for brands and their leaders to be seen as involved in the cultural space,” she said.

Wealthy families giving back to their communities through cultural institutions is a time-honoured tradition that’s especially important in luxury fashion. Even though most consumers don’t connect the Pinault name to its brands like Gucci, maintaining both industry and public admiration and goodwill can enhance a label’s success. Prada, for example, has been leaning on the mystique of its charismatic owner Miuccia Prada more than ever in the years since the designer launched her namesake foundation in Milan, which shifted the city’s cultural rhythm and raised its appeal for young visitors.

The Pinault family has already been expanding its “soft power” and cultural clout in recent years, primarily through corporate activism.

Pinault’s son François-Henri, Kering’s current president and chief executive, has encouraged fashion makers to be more transparent around environmental impact. Rival brands protested that they were addressing environmental challenges behind closed doors, but François-Henri’s more open approach put Kering at the forefront of the sustainability debate. French President Emmanuel Macron then tapped him to spearhead a global “fashion pact” organised on the margins of the G7 to encourage brands to agree to targets like limiting carbon emissions and eliminating plastic packaging.

And at the Cannes festival, where François-Henri is usually accompanied by his spouse, the actress and producer Salma Hayek Pinault, he used Kering’s platform as a sponsor to promote discussion and debate about the role of women in the cinema industry.

The halo generated by the Pinault clan’s activism and cultural activities helped the family to weather the scandal of a $1.4 billion settlement with Italian tax authorities in 2019.

The museum’s opening extends the family’s “soft power” further beyond activism and more deeply into culture. Its presence in Paris will surely expand awareness of Pinault’s activities outside the bubble of contemporary art, where he is already a towering figure.

The Bourse de Commerce “will likely have a much larger audience and a different dynamic” than the Palazzo Grassi, Ross said. “It won’t just be tourists; I think there will be return people going often. This will have a larger impact.”

Does Kering Need a Major Acquisition?

The State of Gucci