On any given weekend, Shanghai’s Wukang Road, located in the heart of the city’s former French Concession, will heave with locals and visitors in their most stylish outfits.

Street style photographers working for dedicated social media accounts on Xiaohongshu frequent the historic street searching for subjects. Some are caught waiting at intersections, shopping bags in hand; others perch on bar stools outside one of the area’s many photo-friendly brunch spots. Attention-seeking KOLs (influencers, in local parlance) also join the spectacle, as everyone vies for the coolest places to “daka,” or check in, on social media.

The street, along with neighbouring thoroughfares Anfu Road and Yongkang Road, started trending in recent years after social media-friendly cafés and bakeries popped up in the vicinity. An ice cream store named WIYF, or What Is Your Flavour, famously drew two-hour-long queues.

“I’m sure the ice cream was good, but you could get that anywhere,” said James Macdonald, senior director of real estate firm Savills Research, China. “It was just the place to be seen.”

After the arrival of hipster food and beverage establishments, it was only a matter of time before fashion and beauty businesses followed suit. Alongside multi-brand stores Looknow and In the Park, the likes of Prada, Samuel Gui Yang and C-beauty player Harmay have based pop-ups, boutiques or events on and around Wukang Road.

The area is a crash course in how social media is changing physical retail in China: in addition to a well-curated selection and cushy service, shoppers want photogenic stores that serve as backdrops for user generated content that in turn drives traffic and helps brands build KOL networks. But a shopping space that centres on experience also hinges on newness, something not every brand is equipped to provide.

The wutong tree-lined streets and historic art deco villas of the Wukang Road area, captured in popular music videos and films, have attracted people from across the country looking for a shopping experience that has more charm than China’s malls, many of which inevitably look and feel quite similar.

This demand is also reflected in the growth of open air, pedestrian-friendly shopping spots like Shanghai’s Xintiandi and Columbia Circle or the area around Chengdu’s Taikoo Li, which are run by developers that renovate a historic location but preserve some of its original structures, notes Macdonald.

Though Cavender expects that similar street-level, mixed use shopping areas will develop in other Chinese cities, they don’t always work. “Sinan Mansions in Shanghai was meant to offer a similar experience to consumers and similar commercial opportunities to brands, but it has yet to really find its footing despite its central location and historic buildings,” he says.

For brands looking to situate their pop-up or boutique outside a conventional shopping centre, Wukang Road has obvious perks.

“It has a strong cultural atmosphere and when it’s not very busy, the street is extremely beautiful,” says Samuel Gui Yang, the eponymous designer who hosted an event to celebrate his Fall/Winter 2021 collection in partnership with interiors brand Fnji, which operates a three-story, 80-year-old building on the road. The area’s reputation as a KOL hunting ground caused some apprehension at first but this mattered less as Yang’s get-together was invite-only.

There is a growing demand in major Chinese cities for more vibrant street life and indoor-outdoor dining.

For most brands, the Wukang Road area’s high levels of foot traffic is a draw. But retailers with a strong online following, like multi-brand store Looknow, which operates its flagship and a newer gallery space on Wukang Road, are more often sought after rather than stumbled upon, says Sisi Cheng, the company’s head of marketing. “People do their homework; someone might find themselves in the area, but they’ll still use social apps to see what’s popular nearby.”

A ground floor space at Looknow’s flagship is devoted to pop-ups; brands like By Far, Mismin and Apede Mod have partnered with the boutique to showcase their wares there. “If you’re popular, unique and people can create interesting content [in your store,] people will share it; when users see it, there’s a snowball effect that brings in a lot of organic traffic,” says Cheng. The By Far pop-up, which spanned two months, drew over 20 million views through KOL posts on Xiaohongshu and Weibo, according to Looknow.

The key is user-generated content. “There’s only so much you can do in terms of direct marketing to consumers,” says Macdonald. “The other stuff has to be driven by consumers themselves. That’s the advantage of Wukang Road.” Not only does seeing the store through users’ posts help inform Looknow of ways to develop the in-store experience, they can also be a lead-in to working with new KOLs and key opinion consumers (KOCs, the local equivalent of microinfluencers).

But being based in the area also has its challenges, especially when compared to more commercialised developments and malls — think licensing, landlords, permits, nearby residents, noise pollution and more, notes Macdonald.

He adds that spots like Wukang Road are better suited to pop-ups, industry events and product launches where brands aren’t trying to drive sales and service a large number clients. “You don’t have parking and it’s inconvenient, so it’s not about targeting high-net-worth, middle-aged consumers that want to drive cars to buy luxury goods.” With the number of malls and department stores like SKP across Chinese cities increasingly focused on in-store experiences and social media friendly installations, brands shouldn’t underestimate the ease of a more established location.

For some businesses, the ideal location is neither in the bustle of Wukang Road nor in a mall. Yang hasn’t opened an own-brand boutique yet, but would opt for somewhere more secluded in the French Concession. “Every time we come back there are new stores, the turnover is quite fast. Traffic is important for us too, but we want a location that’s more sustainable.”

Ultimately, the benefits of an area like Wukang Road outweigh the drawbacks. “Brands should absolutely tap into these hot spots and make them part of their marketing strategy,” says Cavender. Prada’s recent pop-up concept in the street known for its youthful character is likely to validate the area in the eyes of other high-end brands. But to be cost-effective and true to brand, players must be quick, flexible and have a granular understanding of the consumer demographics these areas typically attract.

A heightened appetite for newness among Chinese consumers means brands need to think long-term. “The traffic doesn’t just happen when you secure a good location,” says Cheng. “You need to build loyalty by giving people good experiences, making the store fun and different.” Staying creative to keep up with the area’s turnover isn’t easy. “How can brands keep people coming back? That’s the big question most brands are still trying to answer.”

The French luxury house has confirmed that it will no longer work with its brand ambassador after he was accused of predatory behaviour on social media. An official local police report, published on Weibo on July 22, detailed findings of an ongoing investigation. The post states that Wu’s team invited girls to his home for a gathering and to have sex on the pretext of an interview; Wu and Du Meizhu, a woman that called the rapper out on social media, had met more than once and kept in touch until April 2021. The police are still investigating the claims relating to Wu’s alleged sexual abuse. Other brands Wu endorsed, like Porsche and Bulgari, cut ties with him soon after. Wu and his team have denied the allegations. (BoF)

The fashion stylist joins from Huasheng Media’s Wallpaper China, where she also served as fashion director, and will succeed Yoyo Yao who left the title in April, according to WWD. Following a slew of recent changes at Vogue China, including editor-in-chief Margaret Zhang’s announcement that the title will street cast its September cover star, sources with knowledge of the matter told BoF that Hu or editor and stylist Coke Ho would join the publication. The title also announced the appointment of Dazed China fashion director Alvin Yu as fashion director of youth-focused vertical VogueMe, joining recently-appointed editor-in-chief Lily Chou. (BoF) 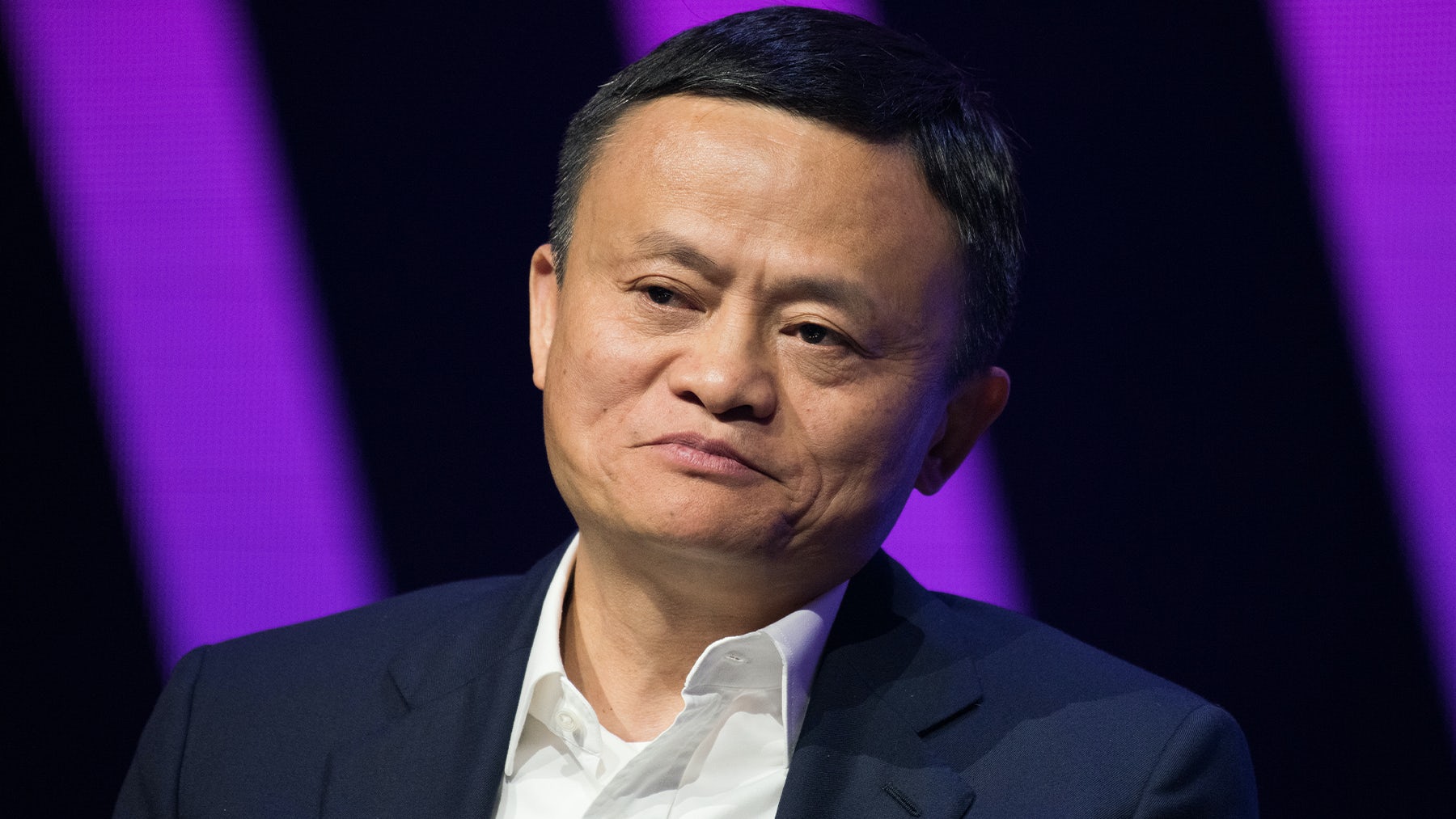 The Cyberspace Administration of China (CAC) said in a statement, after it warned and fined technology groups Alibaba and Tencent, it was responding to growing concern over the proliferation of obscene images and videos including “child-related” sexual content. It did not disclose how much the groups had been fined, after the CAC summoned e-commerce group Alibaba’s Taobao platform, messaging app QQ and Sina Weibo, short video company Kuaishou and social commerce platform Xiaohongshu on Wednesday. The CAC warned it would increase punishments and take a “zero tolerance” stance, as children under the age of 16 were “strictly forbidden” from appearing in livestreams. (Financial Times) 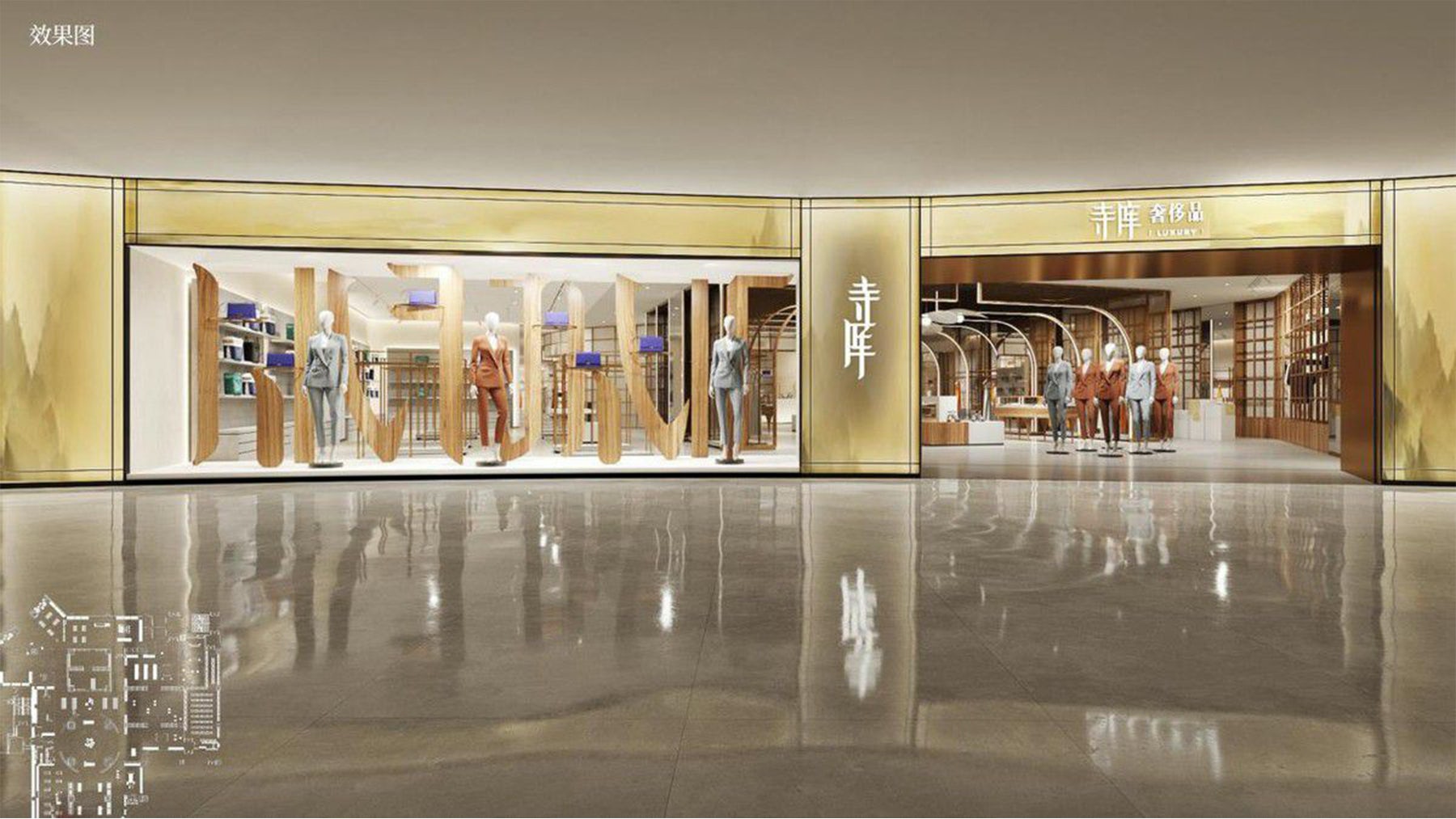 The luxury e-commerce group’s founder and CEO Li Rixue announced on its 13th anniversary that it would open over 300 offline spaces in the country through direct franchises and joint partnerships. The Beijing-based company has formed partnerships with Wanda, Sunac, Longemont and other Chinese real estate groups and its first offline space will be unveiled in Shanghai on September 25. Secoo began experimenting with offline expansion in 2009. The new Shanghai space will revive this concept by complementing its online business, offering second-hand consignment, maintenance, identification, private customisation and community events such as cultural salons. (BoF) 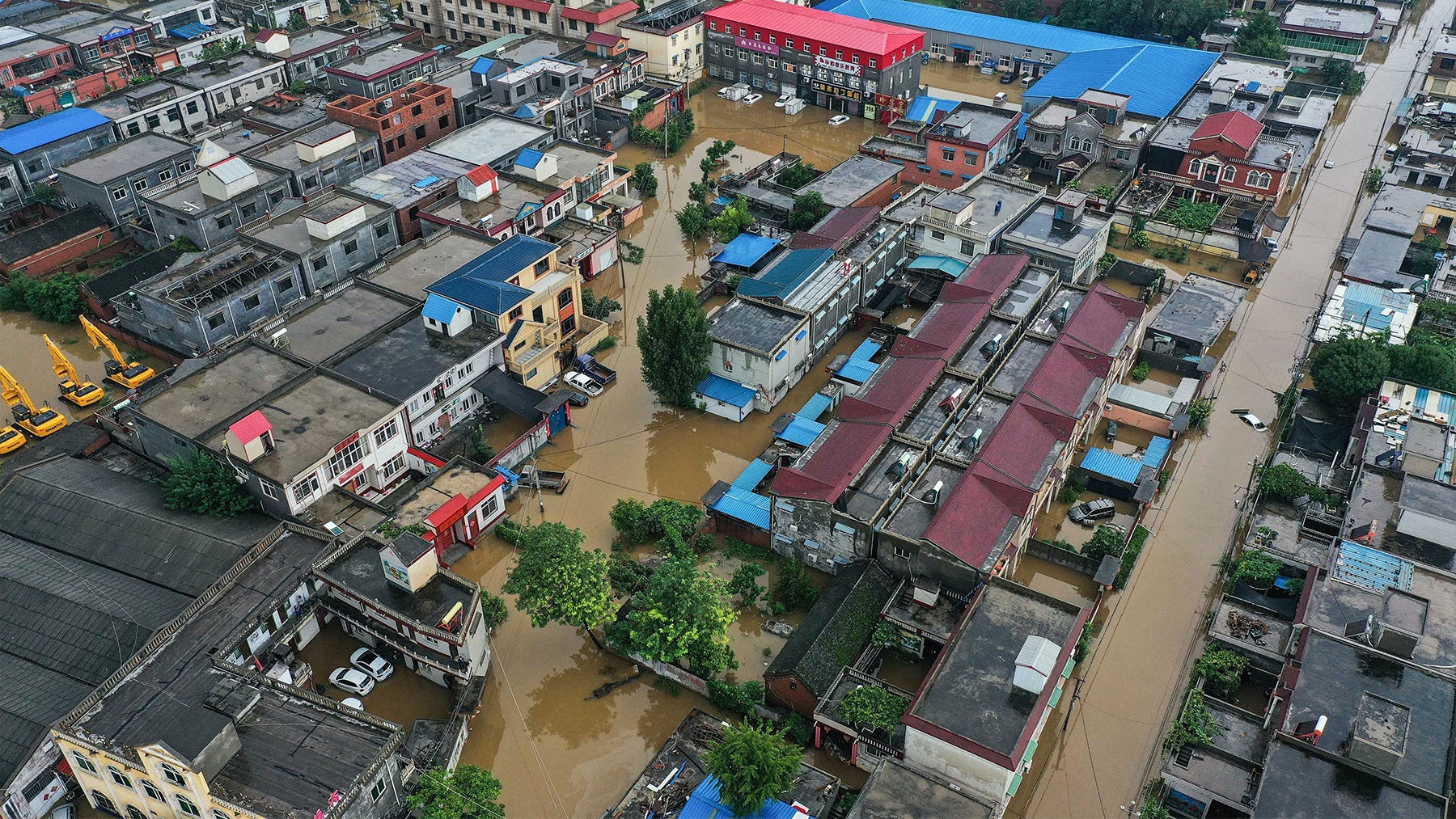 Alibaba, ByteDance, Didi, Meituan, Pinduoduo, Tencent and others have provided more than $154.5 million to flood relief efforts after record-breaking rainfall flooded the Chinese province of Henan, displacing four million people and at least 33 people killed. Alibaba and Ant Group have contributed the most aid, $38.6 million, while the other five listed have donated $15 million each. British luxury brand Burberry has made a $231,000 (RMB 1.5 million) donation, along with providing walkie-talkies, bottled water, and food to support rescue operations and reconstruction — with the total damages from the flooding totalling $190 million. Burberry announced its donation via Weibo on July 21. The post was the first update from Burberry since coming under fire for its stance against Xinjiang cotton in March. (Jing Daily)

China Decoded wants to hear from you. Send tips, suggestions, complaints and compliments to our Shanghai-based Asia Correspondent casey.hall@businessoffashion.com.