Finally the tug of war between Sotheby’s and Christie’s to sell the enormous art collection of divorcing couple Harry and Linda Macklowe is over.

The winner? Sotheby’s—as announced in a somewhat ambitiously dubbed “historic” webinar today in which its staff threw every superlative in the book at the works they will sell this November and next May.

The auction house is due to sell the collection of 65 Modern and contemporary works in two stand-alone sales in November 2021 and May 2022. It is estimated to make over $600m which Sotheby’s says is the highest estimate ever placed on a collection at auction.

Bitter does not begin to describe the ongoing divorce proceedings between Harry and Linda Macklowe, who are both in their 80s. Linda Macklowe filed for divorce from her husband, a real estate developer, five years ago but they have been unable to agree on the value of their enormous art collection, amassed over half a century—their valuations differed by up to $30m.

So, in January 2020, New York State Supreme Court Justice Laura Drager appointed Michael Findlay of Acquavella Galleries as the receiver to broker the sale of the 65 most valuable works in the collection—within three years. Last spring, Findlay decided to postpone the sale when the pandemic struck “because of the current international situation stemming from the Covid-19 virus,” according to a statement given to Artnet last year. But, this summer things started up again with Christie’s and Sotheby’s pitching to sell it and, according to those with knowledge of the matter, it all came down to one thing—who would give the biggest guarantee as, because this is part of a divorce settlement, getting the most money possible for the collection is paramount.

On the press conference today, Mari-Claudia Jiménez, Sotheby’s chairman, managing director and worldwide head of business development for global fine art said, “we really can’t speak about the process” other than to say securing the consignment was a “very competitive process”. She confirmed: “We have guaranteed the collection which speaks to the quality of the collection and how we feel about it.” Sotheby’s would not confirm the exact amount of the guarantee, but it is fair to presume it is at least $600m, which would make it one of the biggest—if not the biggest—guarantees offered in Sotheby’s history. (In 2015, Sotheby’s put a $515m guarantee on the 500-work collection of its former owner, A. Alfred Taubman—a gamble that did not pay off as much of the collection failed to sell.) 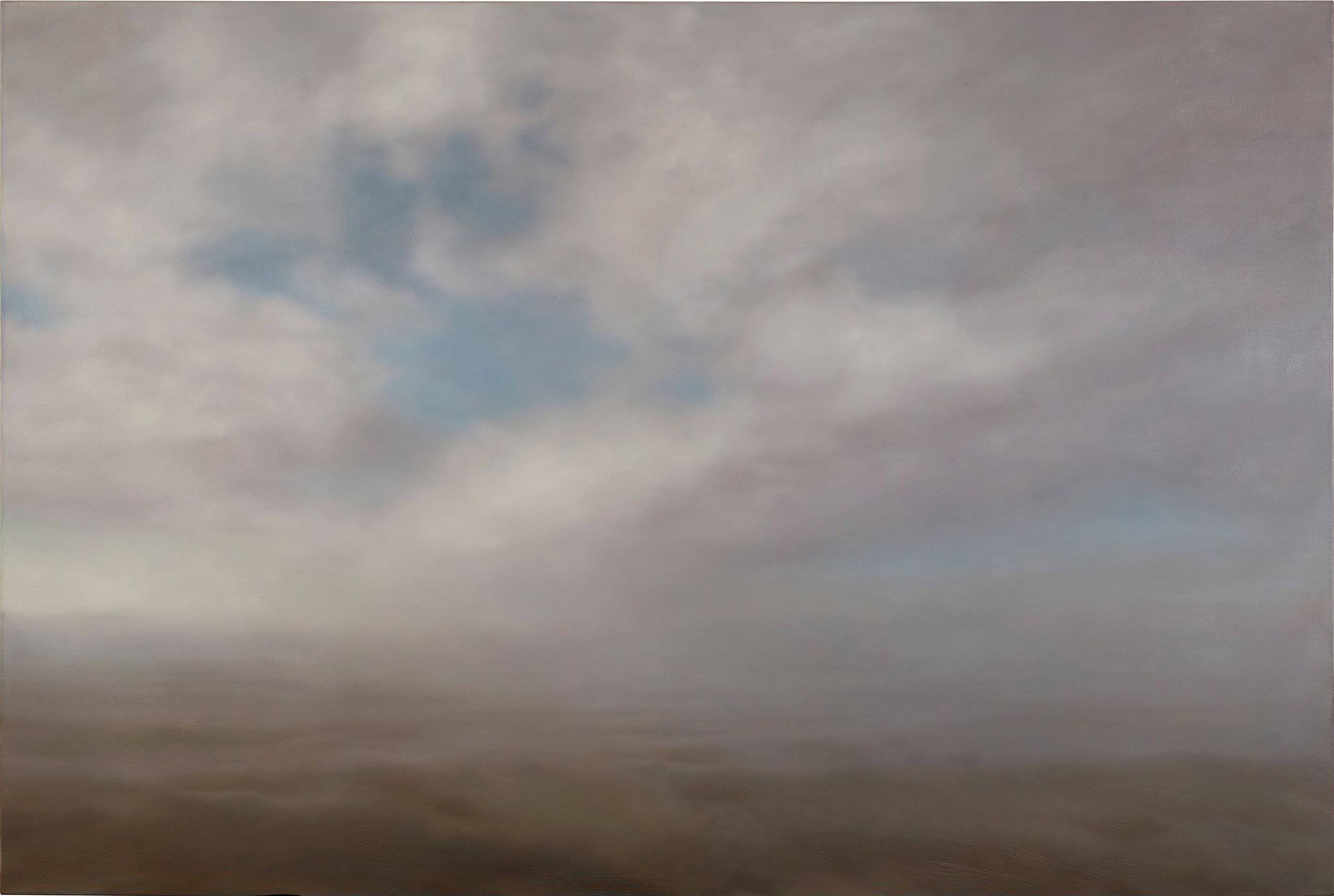 The first half of the collection will be sold at Sotheby’s in New York on 15 November, with 34 works including those by market favourites such as Alberto Giacometti, Mark Rothko, Cy Twombly, Jeff Koons, Agnes Martin, Sigmar Polke, Gerhard Richter and Andy Warhol.

There are arguably two stars of this first sale, both of them estimated to sell for in excess of $70m. First, Alberto Giacometti’s spine-tingling Le Nez (conceived in 1949 and cast around 1964), a head (and its Pinocchio-esque nose) suspended within a cage—the first of its kind to be offered at auction. “Giacometti’s Le Nez dominates a room like few other sculptures I have ever seen,” says Helena Newman, Sotheby’s chairman, Europe, and worldwide head of Impressionist and Modern art. “With its extraordinary combination of references and influences, from Surrealism to African sculpture to Jean-Paul Sartre, it encapsulates the aesthetic and intellectual essence of Giacometti’s art.”

And second, Mark Rothko’s abstract No. 7 (1951), dating from the artist’s key period in the early 1950s and described by Lisa Dennison, Sotheby’s chairman, Americas, as embodying “the best of Rothko’s palette, light and mood.” Widely exhibited, the work was previously owned by the American collector Sarah Campbell Blaffer. Mark Rothko’s No. 7, in excess of $70m
Courtesy of Sotheby’s

Other big-ticket works include Andy Warhol’s Nine Marilyns (1962, est. $40m–$60m), which does what it says on the tin and is one of 20 silkscreen paintings based on a 1953 publicity photograph of Marilyn Monroe from the film Niagara. Then there is Cy Twombly’s huge red poppy-like blossom painting Untitled (2007, est. $40m-$60m) and Gerhard Richter’s romantic landscape Seestück (1975, est. $25m–$35m)

“It has been a dogfight,” the art advisor Todd Levin tells The Art Newspaper of the battle to win the consignment between Christie’s and Sotheby’s. “When Amy [Cappellazzo] announced her departure, there was an internal shift at Sotheby’s, and some external concern that the Macklowe team felt there might not be anybody with more than three years-experience in a senior position in the contemporary department in New York with enough expertise capable of overseeing such a large and complex sale.”

Levin adds: “When that was announced a few months ago it felt like there was a reset while [Macklowe’s team] considered that detail, because they require their chosen venue to do anything and everything to crush this consignment. Fortunately the Macklowe trove contains very market desirable art, and should largely sell itself.  It may have just come down to a situation that Charles [F. Stewart], as the new CEO, felt that he had to win this consignment and was willing to pay whatever it took to achieve that end.”

He concludes: “At the end of the day, the upfront guarantee was most likely the breakpoint. If Charles’s offer took any/all potential concerns or issues off the table, then Macklowe’s team can rest easy because the guarantee completely removes the risk on their end of the transaction.”