China is fashion’s most important manufacturing hub, so when prices started rising in the run up to Chinese New Year, the ripples were felt throughout the supply chain.

Raw materials, textiles, labour and shipping have all become more expensive this year, raising concerns about spiking inflation just as fashion emerges from its toughest year since the financial crisis.

China’s producer-price index, a gauge of factory-gate prices, rose 6.8 percent in April, the fastest pace since October 2017, according to China’s National Bureau of Statistics. The increase could become more pronounced in the second and third quarters of this year, according to a recent report from China’s central bank.

There are signs higher costs are spilling into prices in consumer markets too. In America, the consumer price index jumped 4.2 percent in April compared to a year earlier, its sharpest increase since 2008.

Rising prices risk dampening the prospects of a swift recovery for the fashion industry, even as major Western consumer markets emerge from lockdowns. Brands are still managing liquidity and debt issues, leaving them resistant to any increase in price, especially if it risks jeopardising sales.

The current rise in prices is in large part a pandemic hangover. Demand that has been dormant for a year is roaring back in Western markets, amplified in the US by the arrival of government stimulus cheques.

“Now that two of the biggest consuming countries, China and America, see their economies well and truly opening back up, people are trying to get ready,” said Ophelia Chen, co-founder and chief executive of genderless fashion label, Bobblehaus. “Everyone is scrambling to get fabric.”

Chinese cotton prices rose 4 percent between January and March to hit 15,948 yuan ($2,479) per tonne, according to market intelligence firm Texpro. The company expects prices to remain above 16,000 yuan ($2,487) per tonne in the coming months.

Raw materials account at least 50 percent of textile costs, according to Anson Zhou, a consultant in sourcing and supply chain management for clients including Macy’s, JC Penney and Tommy Hilfiger, meaning a rise in raw material prices immediately creates a profit squeeze for manufacturers.

It’s not just cotton. Rising oil prices, combined with tight supply and strong demand are pushing up the cost of synthetic materials too. The price of spandex has risen around 30 percent, according to Yossi Nasser, chief executive of intimates manufacturer, Gelmart International. Prices of other materials have also increased, but slightly less, he said.

Even leftover “deadstock” fabric is in short supply, according to Chen, who used to have no problem finding abandoned treasure troves to enable Bobblehaus to meet its goal of using no new material. Now, “fabric is running out like crazy,” she said.

If you are booking a container today… chances are, you have to book both ways, so the price doubles.

Meanwhile the trade disruptions of the last year have created imbalances in the flow of goods that is turning into a costly logistical headache. Freight rates have increased amid trade bottlenecks, the Suez Canal blockage in March and a scramble for empty containers.

“If you are booking a container today… chances are, you have to book both ways, so the price doubles,” said Hilmond Hui, vice president of silk manufacturer Bombyx.

Most industry players expect raw material prices and logistical costs to normalise throughout the year, though few expect that either will fall as precipitously as they have risen.

“Manufacturers are aware that these bottlenecks will be transitory and with business confidence recovering this is likely to mean that firms will invest in production capacity to alleviate some of these price pressures,” said Robert Sierra, economics team director at Fitch Ratings. “We expect bottlenecks to ease over the course of the next year.”

But there are longer-term pressures at play as well. China’s dominance of the fashion supply chain rests on its vast labour force. But the country’s birth rate is falling and its population ageing. That points to a looming rupture in the country’s ability to maintain its huge manufacturing volumes at competitive prices, particularly as cheaper rivals are already nipping at its heels.

Greater automation may help manage costs over time. Though there’s still a technological gap in what is possible. Today, only some kinds of garments and seams can be manufactured entirely by machine without human intervention.

In the near term, suppliers in China say they are working closely with customers to find solutions to production bottlenecks and price increases. Some are planning raw material orders ahead of time to lock in volumes and prices, while others are negotiating new material mixes that contain lower-cost alternatives. But cost-cutting opportunities are limited after years-long efforts to maximise efficiencies.

“Supply chains have become pretty much commoditised and transparent enough that there’s no hidden avenue to try to find a way to maximise savings somewhere,” Nasser said.

Some manufacturers see an opportunity to reset after a decades-long race to the bottom on pricing. That’s fuelled a boom in cheap fast fashion, but also fed into a culture of discounting and price erosion that has hurt profitability across the supply chain.

Training consumers to accept prices that reflect the true cost of manufacturing could benefit manufacturers in China, where prices are likely to remain higher.

“I think what you are seeing, in general, in the retail marketplace is brands and retailers are looking at ways to increase price points at retail,” Nasser said. “That’s the environment you are dealing with right now, so that’s one of the things that could help with this entire situation and the costs.”

Xiao Zhan is the new face of Tod’s. Tod’s.

When Fashion Scout China, a platform for new fashion talent modelled on a British institution, launched this month, it attracted the attention of local government officials, industry players and consumers. The initiative launched in Changshu with 23 fashion shows, five forums and a showroom running through May 24. The launch was accompanied by a wide-ranging marketing campaign that boasted of its affiliation with London Fashion Week. But a statement released by the British Fashion Council (BFC) said that the event has nothing to do with the Council or London Fashion Week. Fashion Scout China organisers later admitted their event was “modelled on Fashion Scout in London” but “has no affiliation” with the original. (BoF) Tencent Revenues Up 25% in Q1, Short Video Is Future Focus

The Chinese tech giant and owner of “everything app” WeChat, reported total revenues of 135.3 billion yuan ($20.6 billion) for the first quarter ending March 31, an increase of 25 percent year-on-year. Operating profit was 42.8 billion yuan ($6.5 billion), an increase of 20 percent on the year. Looking ahead, Tencent said that short-video would be one of three areas in which it’s looking to grow its base of investments over the coming year, alongside gaming and business services. (BoF)

CEO of TikTok Owner ByteDance to Step Down

ByteDance Ltd, the owner of popular short-video app TikTok and its Chinese sister-app, Douyin, said founder and global chief executive, Zhang Yiming, would step down as chief executive to focus on long-term strategy. Co-founder, Liang Rubo, will take his place. Zhang’s departure comes at a time of increasing regulatory pressure on Chinese tech companies. It follows a year of uncertainty over TikTok’s future in the US market. In April, Shou Zi Chew, ByteDance’s chief financial officer, was named chief executive of TikTok. (BoF) 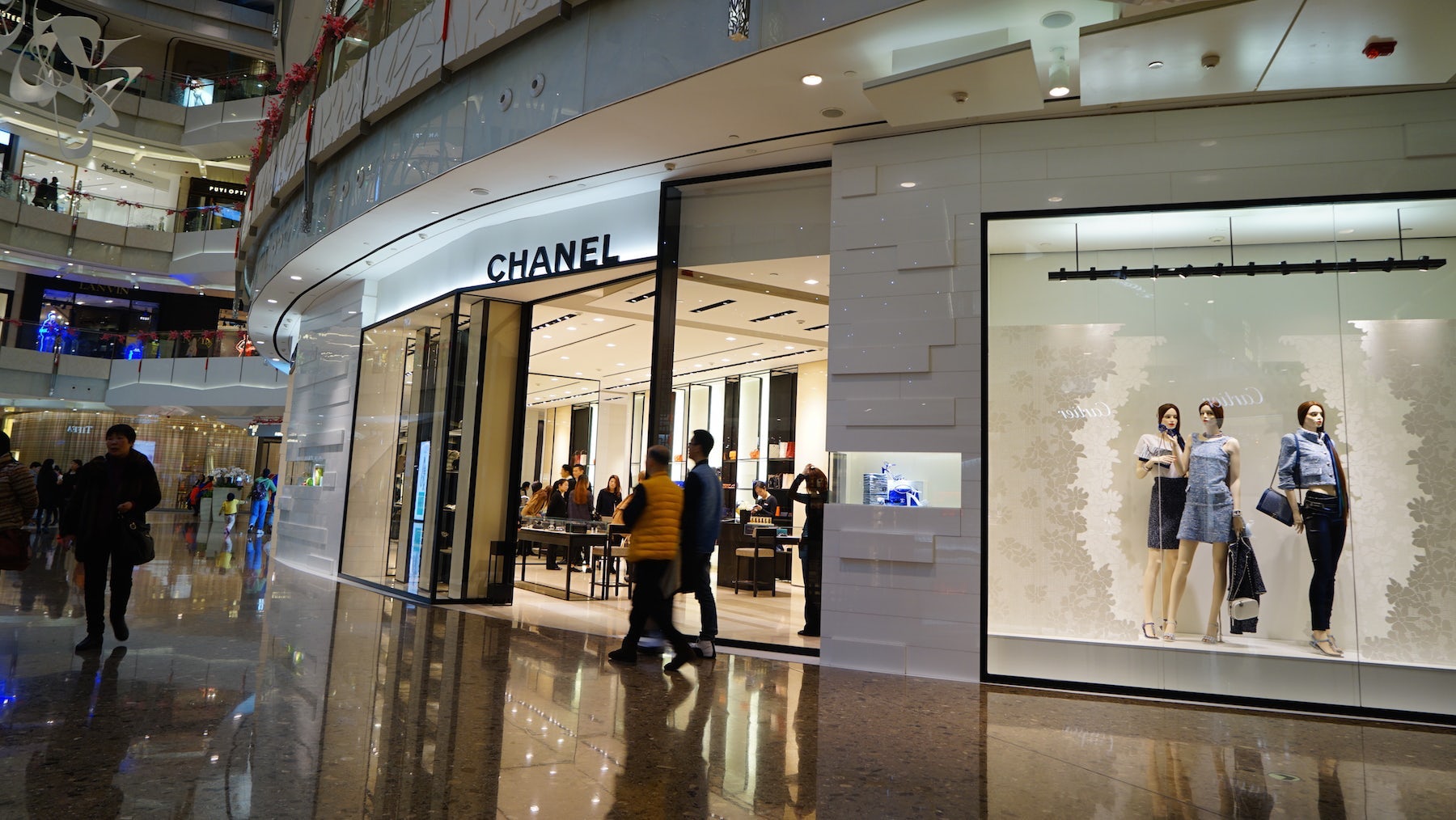 The Agility China Luxury Brand Affinity Rankings for 2021 tracked 55 brands across 12 performance and perception metrics, measuring not only how the 1,000 high-net worth Chinese consumers surveyed view the brands, but also the likelihood they will purchase products from them. Chanel’s leading score spoke to its consistency across these metrics, as not only a highly desired brand among Chinese consumers, but also one high-net worth consumers are actively buying. Dior came in second, closely followed by Hermès. The latter’s brand stature and strength actually topped its competitors, but Hermès products were less likely to be actively gifted and purchased, the ranking found. (BoF)

Multi-brand streetwear retailer, Knowin, which stocks brands such as Off-White and We11done Be@rbrick at its two stores in Shanghai and Chengdu, has raised nearly 200 million yuan ($31 million) in series A financing, according to Chinese business media outlet, Brandstar. Knowin, which refers to its stores as “street style labs”, targets young Chinese consumers and sells products including sneakers, clothing, accessories and toys. Each of its stores boasts revenue of more than 10 million yuan ($1.6 million) per month, according to Knowin’s own estimates. (BoF)

The social media platform suspended 10 accounts for 30 days in response to a Chinese government call to regulate the idol industry amid concerns over young people participating in “fan wars” online, engaging in cyber-bullying and spending unseemly sums to support their favourite idols. Seven of the suspended fan accounts were created by Chinese enthusiasts of South Korean hit boy band BTS and its members, who were recently named global ambassadors for luxury giant, Louis Vuitton. Earlier this month, the Cyberspace Administration of China (CAC) launched a campaign named “Clear and Bright” to combat the “irrational behaviours” of fan clubs. (Global Times)

The European Parliament has overwhelmingly voted to freeze the ratification of a trade deal with China after Beijing imposed sanctions on five of its members. This was a response to sanctions placed on some Chinese officials for their role in alleged rights violations against minority Uighur people in the northwestern region of Xinjiang. The EU-China Comprehensive Agreement on Investment (CAI) was meant to increase market access and ensure fair treatment for EU investors and companies doing business in China. While initially hailed as landmark, the agreement came under fire for what critics say are insufficient commitments made in regards to labour rights, particularly forced labour. (Euronews)

China Decoded wants to hear from you. Send tips, suggestions, complaints and compliments to our Shanghai-based Asia Correspondent casey.hall@businessoffashion.com.